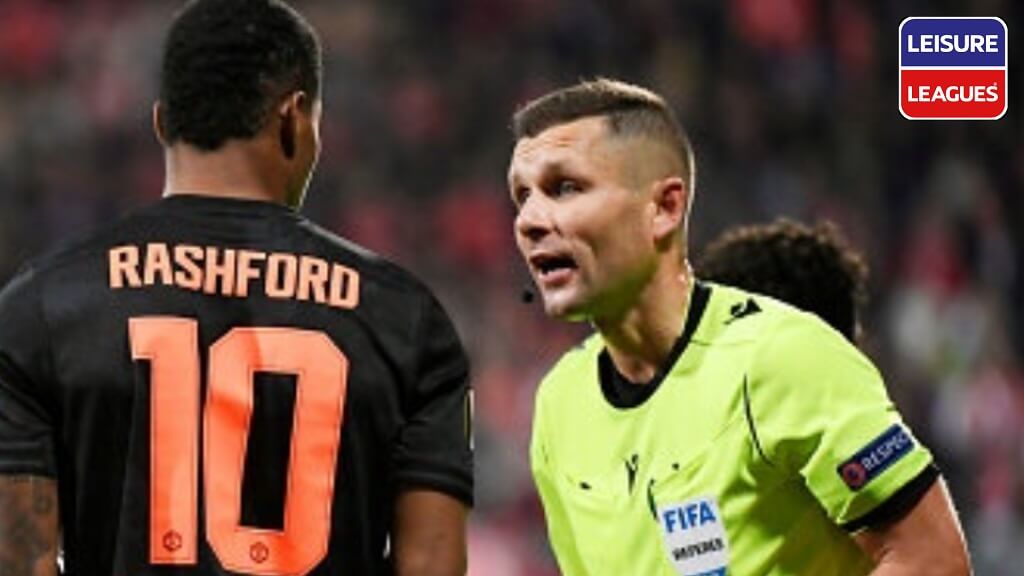 Yet another FiFA official is on board as the best referee in Lithuanian history has signed on with Leisure Leagues and the ISF.

Gediminas Mažeika – a former Champions League referee – retired from officiating last year and now the 43 year old is keen to continue his top level career in the small sided game.

The small sided game in Lithuania received a major boost last week with the news that the country became the latest nation to sign up to the Leisure Leagues.

Now we can reveal that thanks to the move, it won’t only be their players that will be given opportunities to show their skills on the world stage, as Gediminas (pictured below in Europa League action with Marcus Rashford) will be representing Lithuania in Cozumel in 2022.

The excited whistle blower said: “I am really looking forward to it!” He couldn’t hide his patriotism, though, adding: “I wish the teams all the best, but especially Lithuania!”

Leisure Leagues and ISF Head of Refereeing Martin Cassidy welcomed Gediminas on-board and admitted it was part of the vision to get these quality officials as part of the organisation. “Gedi is a brilliant addition and it’s fantastic that we have yet another FIFA referee as part of the team. It lifts the standards of everything we do and that can only be a good thing as we move forward.”

Mark Clattenburg, commonly regarded as the world’s best referee, has appeared at the last two world cups, in Lithuania and Crete and will also be in Mexico with his former Champions League colleague.