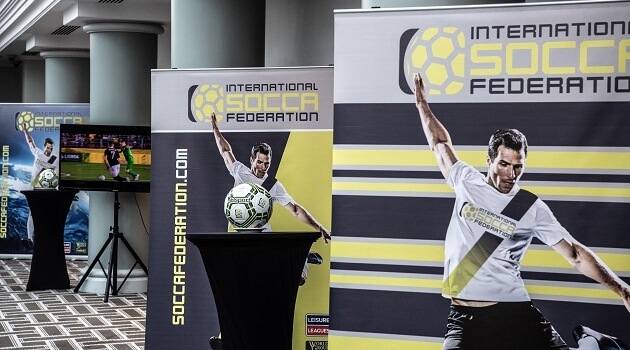 The Spring Conference of the ISF is just now a month away and we are delighted to reveal plans to give much greater involvement to the regions this time around.

In 2020 we will also be giving all members the chance to nominate themselves to become Regional Presidents of the ISF and will be conducting the voting process to appoint members into the roles of Presidents of Africa, Asia, Europe, South America, North America, the Caribbean and the Gulf states at the meeting.

The ISF’s Hannah Wallis explained the thinking behind the move, saying: “The growth that we have seen since we began the ISF in 2018 has been incredible.

“Now what we want to do is take things to the next level and a vital part of that is to give each region a greater input in the future of the sport, these elections will do just that and will widen the representation in the decision making process.”

The International Socca Federation is now truly global, with countries from nearly every continent on the planet represented.

Just this month we have announced new members with Iran and Mauritius joining as new nations and a change of license holder in Kazakhstan, that can really take the country forward.

Hannah commented that this global explosion needed a global vision: “The existing Executive Board is made up of experienced people who truly understand the game,” she said, “but fresh ideas, fresh thinking and thoughts from other countries can only help us grow long term.”

Only members who are present at the meeting will have the opportunity to stand for a position or to cast a vote and influence the ISF’s future direction.

More details of what promises to be a vital and wonderful day will be announced in the build up to the conference.