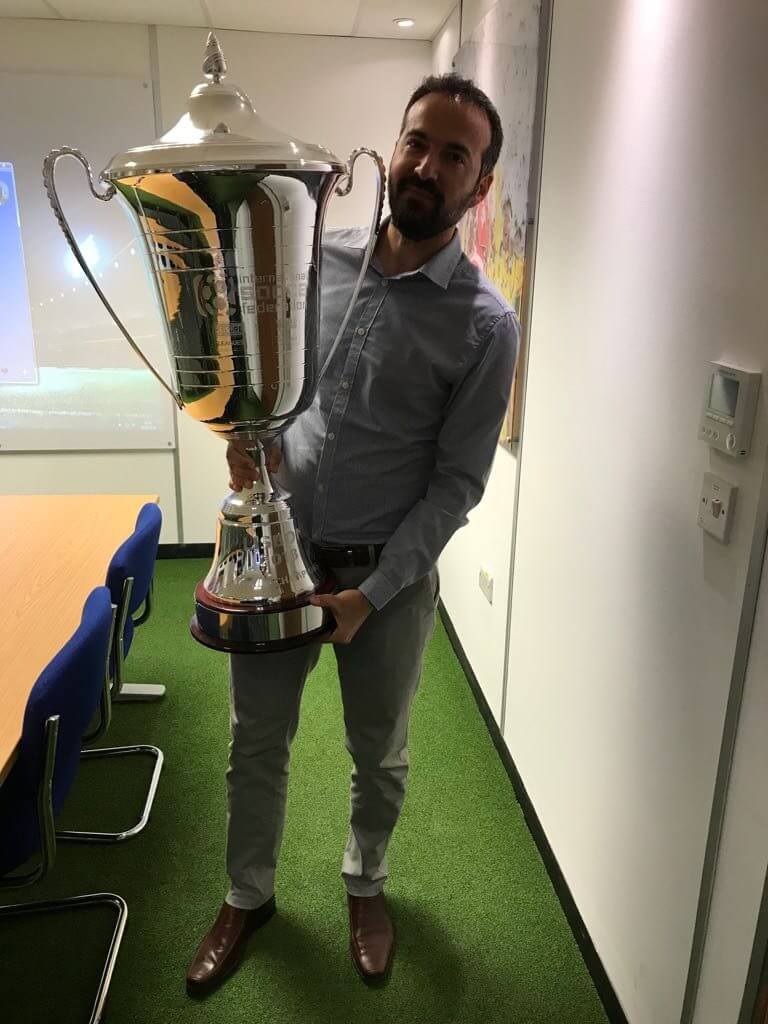 At it’s headquarters in the UK, the ISF unveiled the prestigious trophy for the Socca World Cup in Lisbon in September.

The bespoke $10,000 silver plated trophy, etched and inscribed with the Lisbon motif, was delivered to the ISF’s head offices last week following its manufacture in the UK. The iconic trophy is  believed to be the most expensive trophy ever provided in any form of small-sided football or socca event, anywhere in the world.

Heavy security has been employed to ensure the safe transit of the trophy to Lisbon,  and indeed it’s security at the tournament itself where it will be displayed for tournament spectators to view, before being awarded to the winning team.

Thanos Papadopolous, CEO of ISF, who visited the UK offices to inspect the trophy for himself, commented, “this really is a beautiful trophy that, no doubt, all the teams will be desperate to have the honour of winning. Not only that, it is extremely large and heavy, and I think the only problem for the winning captain will be how he will be able to lift it above his head; I tried, and it was very, very difficult!”

The tournament opens on 23rd September 2018.