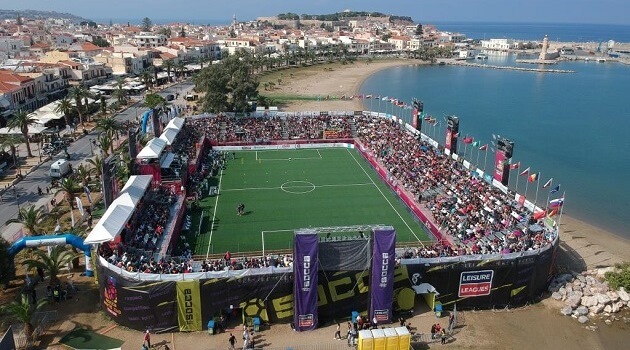 The parent of any young child will be familiar with the “terrible two’s”. At the ISF, though,  we have had no such issues and we head into our third year in perfect health.

The strength of our organisation was shown to the whole world on a number of occasions in 2019. First, when we were able to welcome people from every continent to Birmingham to the ISF Spring conference.

We were proud to see The Mexican Federation sign up at the event, while many others who attended as guests, Nigeria, Colombia and others, were able to join up later in the year.

At the event, delegates were informed of the plans for the World Cup  and Champions League for 2019. Maribor in Slovenia was selected as the venue for the premier club competition in the world, while Rethmyno in Crete was the location for the World Cup.

Both tournaments were incredible, surpassing the wildest dreams of the organisers, as first, home club Arko Kljucarovci took home the silverware in the CL, before a month or two later, Russia were crowned as the kings of the world.

They beat Poland, who for the second year running had to settle for the runners-up spot – having lost to Germany the year before – but what was truly remarkable, was not really what went on the pitch (although that was wonderful), but the fact that the tournaments both lived up to the hashtag of #Spirit.

That is why we are so proud to call this sport ours. While, other lesser, unregulated tournaments were dogged by problems ranging from lack of crowds, to players not turning up as well as theft and anti-social behaviour, ours were exemplary.

Thrilled fans in the stands at the stunning beachside location of the Leisure Leagues Stadium,  hundreds of thousands watching online as genuine legends of the game like Kostas Katsouranis – who won Euro 2004 for Greece – Djibril Cisse, who played at the World Cup for France and former Man United Manager, Ron Atkinson, who were all there in various capacities, watching on – as well as a dedicated daily highlights show – all added up to the finest tournament of its type ever played.

After everything calmed down we began the usual evaluation of everything to work out how we can make things even better – and we have already announced plans for the Spring Conference again, at which we will exclusively announce to the delegates who has won the race to be host country in 2020.

We have made incredible strides since we formed the ISF in March of 2018. It is important to remember how far we have come in such a short space of time, but also, we cannot rest and always look to keep improving.

We will be announcing some major changes in early 2020, which will benefit all our players and associations throughout the world.

We look forward to welcoming many more of you to the ISF family in 2020, and rest assured – the first two years have been brilliant. But we are only just getting started.