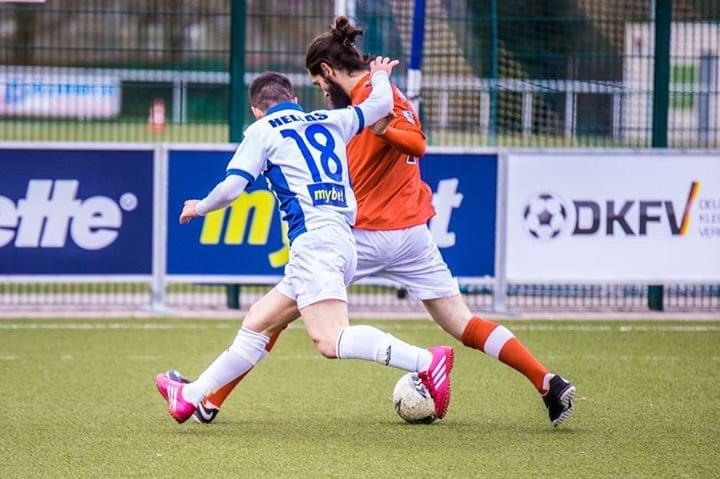 After three days of competition in Witten, Germany the final of the four nations tournament has been won by Greece.

The four teams have been based in Witten for the past 4 days, and have each held their training camps in the town alongside daily competitive games, with each team playing one another once over the past 3 evenings. The training camps and international matches have provided each of the teams with an opportunity to improve their game in advance of the European 6-a-side Championships in 2016 and team managers have used the camp as a chance to decide which players from the squad will be selected for the national team.

The evening started with the third place play off between England and France which ended 3-0 in favour of England, with goals from Cousins, Vernazza and Isaacs.

The highlight of the evening was the final match between Greece and Germany. The game remained close throughout with normal time ending with a score of 1-1, before proceeding straight to penalties where the Greek team scooped the title.

The teams now continue their preparation for the European Championships ahead.