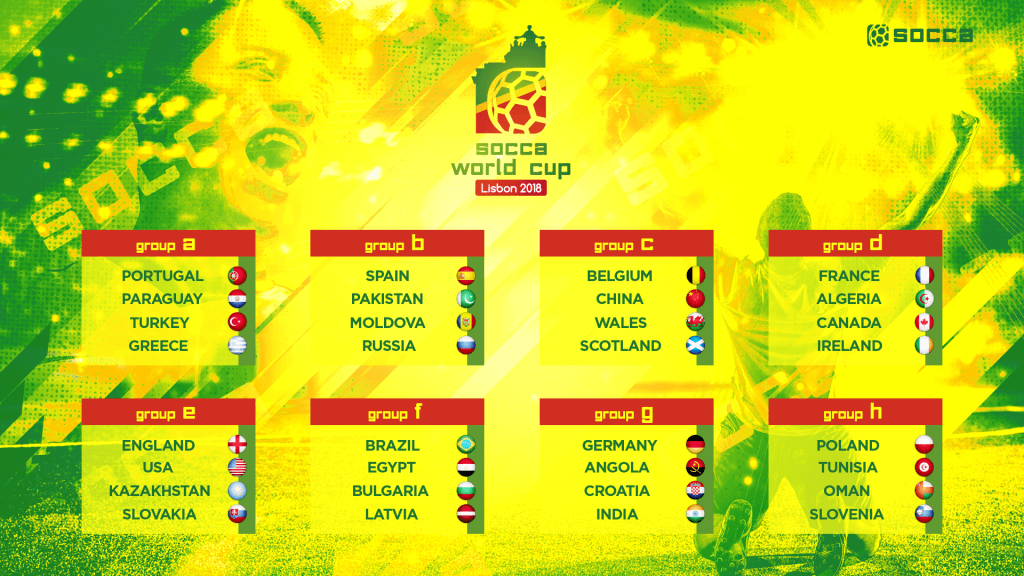 The World Cup draw took place in Lisbon on 4th July 2018 and was transmitted live via our Facebook page to viewers across the world.

The participating nations, from across Europe, Asia, America and Africa now know the teams which they will meet at the group stages, and the path that they will have to follow to progress to the final, with the winners of Group A facing the runners up of Group B, and so on, in the standard competition format.

Speaking at the draw, Mr Costa commented “We have a beautiful city, weather, landscapes, we have beaches, we have very nice squares so we knew we had a lot of places where we could do a huge event. It’s a challenge that we’re so passionate about and we’ve had the help and support of the Municipality because they embraced this project and gave us the opportunity to do it on the Main Square of the city and of the country.”

Mr Costa continued “We’re going to have 1,000 people coming from outside of Portugal; staff members, players, friends, fans. We’re expecting 100,000 spectators in the arena over all 64 matches… it will be the best event for socca ever. We want to tell everyone they are welcome in our country and we want everyone to come and be here for the event, the World Cup.”

Now that the draw has taken place the ISF Tournament Director and TV Director will be working along with the participating countries to put together the match schedule, according to the time requests put forward by broadcasters around the world who have committed to screening the World Cup matches in September. The full match schedule will be unveiled in the upcoming weeks.