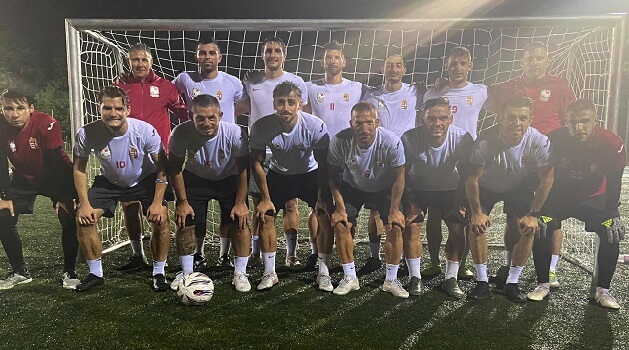 Even the bad weather in Hungary couldn’t dampen the spirits as the squad got together to prepare for International tournaments later in the year.

As the world gets back to normal – slowly – following the great pause for Covid-19, the Hungary team was put through their paces.

Under the leadership of Balázs Schrancz, the squad has gone through some high-speed training – and they were joined by a new player, as the highly rated Mark Somogyi from Szabolcs-Szatmár-Bereg county joined up with the nation’s best.

A spokesman for the team said Somogyi “had looked very promising”.

He went on: “There is a need for common improvement, because at the end of August the national team will be in the Adria Cup in Croatia, where our boys will fight very famous teams like Spain, Croatia, Slovenia, Slovakia, however, way to go guys. Go Socca Hungary!”

The first officially sanctioned ISF tournament of 2020 will be in Moldova, where the Intercontinental Cup is scheduled to take place in a purpose built stadium next month.

An ISF spokesman said: “It is brilliant to see so many people getting back out on the 6 a side football pitches around the world. It has been horrible for everyone and I am certain no one wants to go through 2020 again, but hopefully sport – as it so often does – can provide a light in the darkness and some hint of normality returning.”