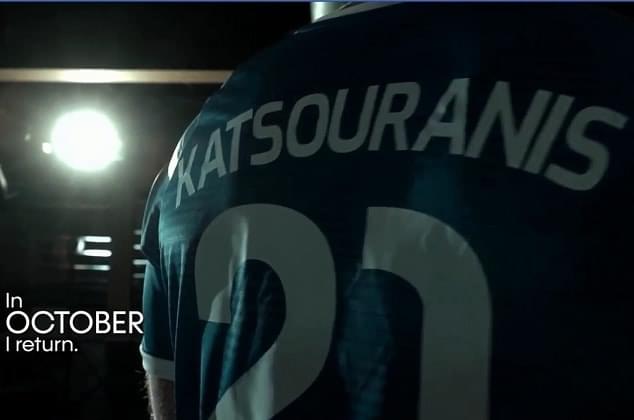 We always say that Socca is the world’s most inclusive sport in the world, and here’s yet more proof.

Name me another sport that could bring together players from a local, amateur league, playing for fun, and a European Championships winner with over a 100 caps for his country over 13 years? You can’t, can you?

And yet that is the exact scenario in Greece where Kostas Katsouranis will be pulling on the shirt of his country again in the World Cup in Crete.

“In October I return,” he told us.

“Football is my inspiration. I played and I won titles with top clubs. I tasted the biggest football stadiums of the world,” stated Kostas.

“But I do not forget my love for real football. Exactly where it was born. In the neighbourhood. “

Katsouranis is a veteran of over 480 games at club level, with a career that saw him play in countries around Europe for clubs like AEK, PAOK, Panathanikos in Greece, Benfica in Portugal.He then took his talents all around the world, playing in India and Australia, before retiring in 2015.

However, his love for the game is clearly undiminished, as the old, steely determination was written all over his face when he said: “I will play with passion for my country at the World Cup.”

The star man will supplement a Greece squad, who is hungry to improve on their last 16 showing last time out – when they were knocked out after a seven goal thriller with Russia..

With the announcement last week of the 27th August date for the draw for the matches, excitement is building with less than three months to go before the big kick off. Be part of it, like the rest of the world.

In Greece, In Crete. Join us! Join the #Spirit