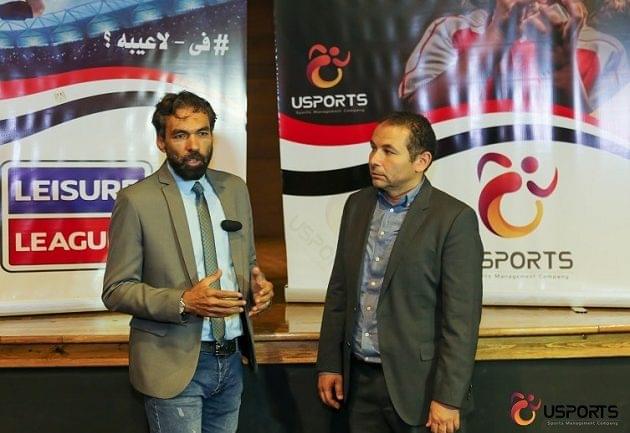 This week Egypt celebrated the official launch of Leisure Leagues this week – and with them sending a team to the World Cup 2019 in Crete, it seemed like an ideal time to catch up with their CEO, Amr Dawish, to find out about all things Socca in that country.

We also asked a few things about the World Cup, and as you will see, Amr was in pretty confident mood.

So, you had the launch of LL Egypt, you must have been very proud?

Indeed, it was an excellent event and it proved to me that we are on the right track for a great success

It received plenty of coverage, I guess that helps with exposure?

Yes, we got a good level of media coverage and we are building on it across multiple channels, we are also hammering strongly on our Facebook page and we started receiving plenty of calls inquiring about registration.

What was it that attracted you LL in the first place?

We have a lot in common, we aim at helping youngsters to become better, by providing them a wide and a professional level of development that will either help them become professional players or at least a strong sports’ players plus a balanced healthy character. LL promotes the idea of “it is never too late” and “sports for everyone” and I love that.

Tell us a little if you can about small sided football in Egypt?

It is the most common in Egypt by the way yet not properly organised with the exception of few examples. Ramadan tournaments, where plenty of organisers and sponsors lead that effort and it is purely commercial though it has good exposure and a high level of engagement (usually 6 or 7 aside) Egyptian league for salat “halls” 5  players with a national team as well, not widely spread with a very poor coverage. The rest is more of friends gatherings.

As well as the Leagues you are going to the World Cup in Crete …..are you looking like you have a Mo Salah?!

We have a lot of talented players even – more than Salah!! The challenge is the time this year, as of next year I am sure you will see many.

Joking aside, what are your aims for the World Cup?

2019 my aim is to have a good representation where we can strongly promote LL in Egypt. 2020 onwards we will be competing for the title.

How was the AFCON received over there?

I can summarise it into, superb organising with the best ever opening ceremony in the history of AFCON. No issues in terms of hosting teams and fans. Overall performance of teams was moderate – In my view one of the worst levels of performance. Egypt performance was terrible even during the games we won, a huge disappointment to the fans and sponsors who lost a lot of money, apparently.

Looking forward, where do you want to be in terms of growth in 12 months time

Lastly, I always ask this for fun, who is your 11 a side team, so we can get to know each other a little?

I have two. In Egypt I am a long time for 43 years(!) Ahly fan. For the premier league Liverpool even before Salah!