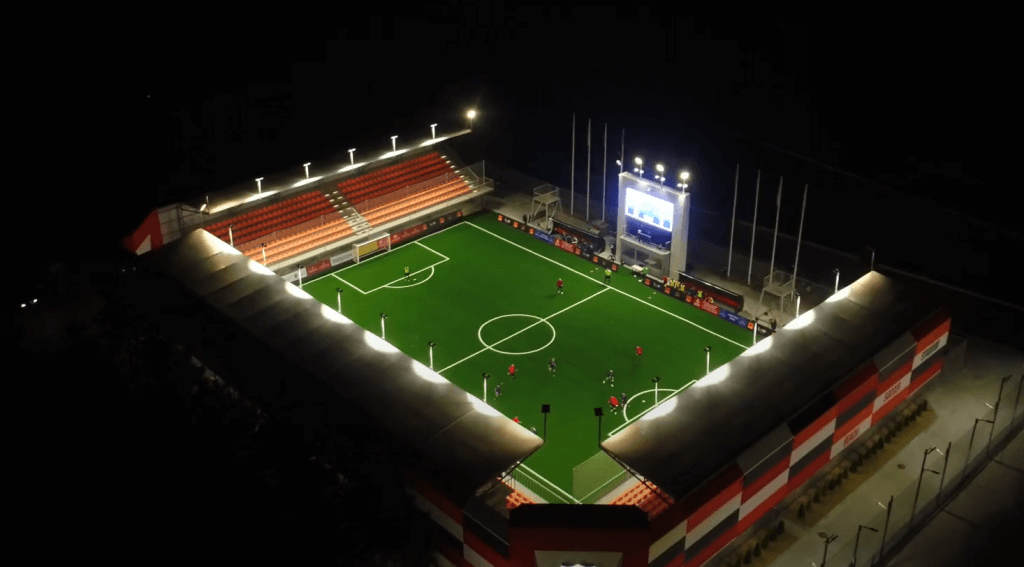 ISF, Leisure Leagues and 6 a side authorities in Moldova, are investigating the possibility of having a yearly tournament in the the wonderful new stadium that has just opened in Moldova.

The incredible Beach Football Arena, opened in August in the Moldovan capital of Chișinău’s beautiful  La Izvor Park, has noticeably changed ahead of the decisive matches of Amoliga 2020.

An artificial grass pitch was laid on top of the previously sandy surface.

This stadium was always intended to be multifunctional. In the summer season, beach sports are held there and in the winter, the arena is covered with artificial turf for holding, for example, 6 a side matches. – The Moldovan Federation’s Sergiu Ursul explained how it was done: “Experts levelled the sand, laid pallets on top of it, then a layer of special foam followed. And the 4G was then glued on top. This technology was used for the first time in Moldova.”

The state of the art Arena will be used all year round, with Mr Ursul explaining: “We are planning to hold our matches there in the spring. And if the world health situation permits, we will hold the Intercontinental Cup there. I would like to take this opportunity to express my gratitude to the Football Federation of Moldova for the opportunity to hold matches in such excellent conditions,” he said.

On Sunday, November 8, at 17:00, the Arena hosted the return semi-final of Amoliga-2020 between Krasnaya Zvezda and Vivapharm  – the first match – 3:1. Both teams have many big names, including former players of the Moldova national team.

You can watch the action from the incredible new stadium, below.