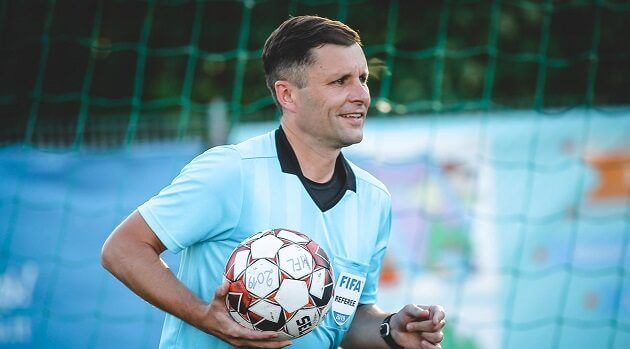 Gediminas Mažeika, who has been called the best Lithuanian football referee for many years, ended his refereeing career in football last year, but this year the  former FIFA referee will be available on small sided football pitches.

The Lithuanian Minifootball Association announced that Mažeika has  agreed to be the Chief Referee of the 2021 Lithuanian Championship.

The Lithuanian Championship, has been held since 2017, therefore Gediminas refereeing in this championship will become an excellent 5th anniversary gift.

“We are very happy that Mr. Mažeika will referee at the jubilee Lithuanian Minifootball Championship. We hope that football matches will become a real football festival because players may not be on the field every time with a referee with experience in the UEFA Champions and European League“, said Kęstutis Bagonas, the head of the Lithuanian MiniFootball Association.

During his career, Mažeika refereed in 147 Lithuanian A league matches, was a UEFA European League referee 30 times, and refereed six times in the UEFA Champions League matches.

The planned start of the 2021 7-aside Lithuanian Minifootball Championship is planned for May of this year. The exact number of participants in this year’s championship will be specified before May.