As a child, growing up, who was your favourite football player?

They weren’t always the best, but they are the one you remember watching. Maybe they were the one that inspired you to play the game? The one who you pretended to be in the playground, with your mates at school.

There will be someone you are thinking of right now, isn’t there?

The beauty of socca in general, and the Socca World Cup in particular, is ordinary people get to be the hero, they get to be the one carrying the hopes and dreams of the nation on their shoulders.

That was especially true in Crete, too, given that so many legends of the game rubbed shoulders with the players from the small sided leagues from around the world. Headed up by Kostas Katsouranis from Greece – who made the Greek team players dreams come true as the 100 times capped star, and Euro 2004 winner for his country, lined up alongside them as their glory bid reached the semi-finals – or Robbie Findlay, who has eight caps for his country and played in the EPL, but lined up for the USA in Rethmyno.

And the accolades don’t stop there.

The goalkeeper often goes under the radar a little bit when the awards are given out, don’t they? The strikers, the “Number 10”, even the fearsome centre back?  They’re all covered, but it at the ISF, we believe every player is just as important as the next, which is why, we didn’t just give a Golden Boot at the 2019 tournament. No, rather we have a Golden Gloves too – and we are delighted to hand (see what we did there…..?)  the best goalkeeper award to Dennis Korshikov.

The Russian number one can add the individual award to the team trophy that the side got for being kings of the World.

The 6 a side Lev Yashin deserves the time in the spotlight too, after all no great side ever won anything without a great keeper and Dennis is definitely one of them. 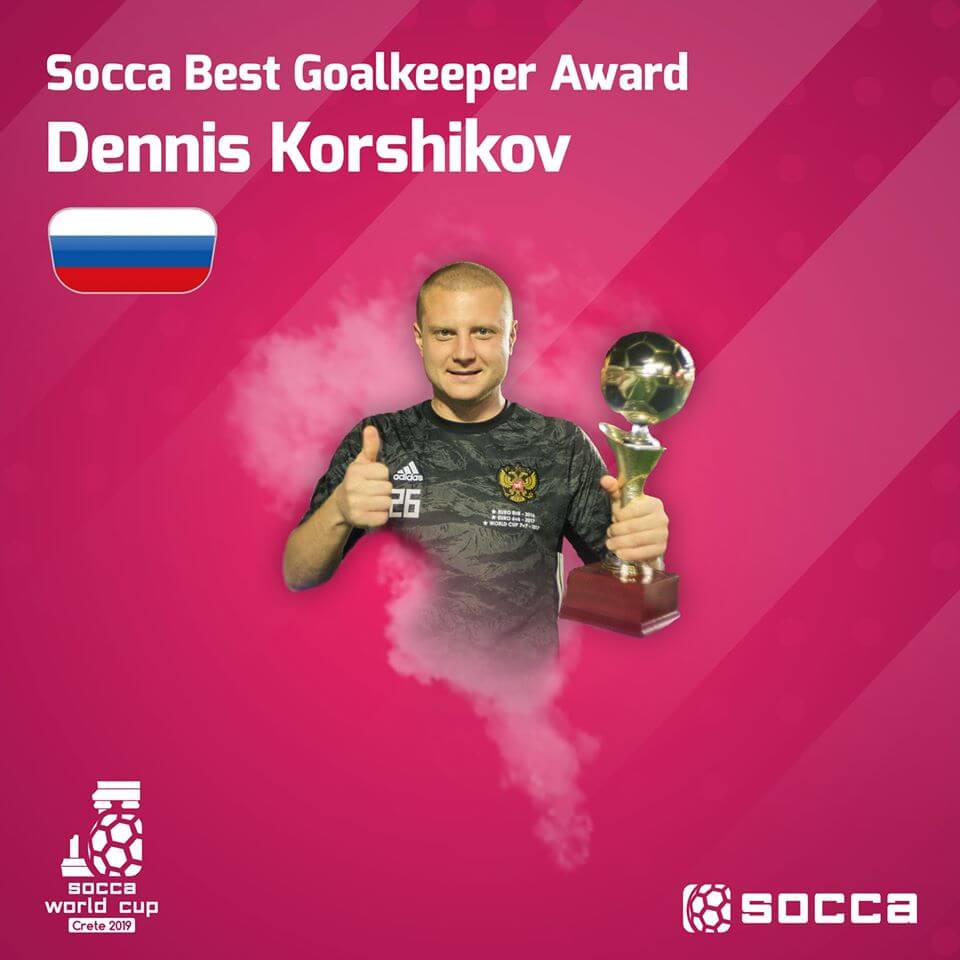