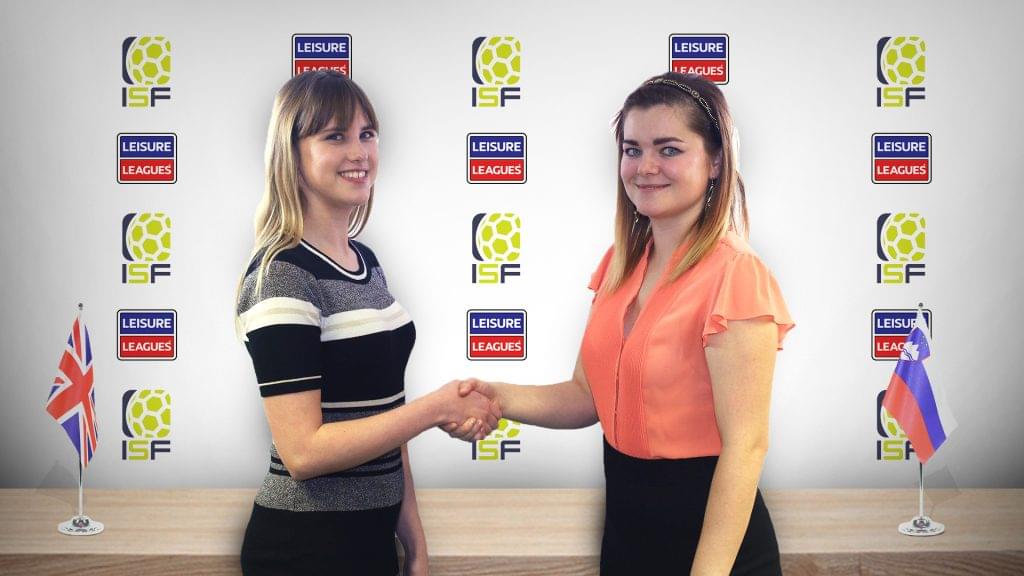 Representatives of the largest league operators in Slovenia met with ISF Officials in the UK last week to formally join the new International Federation for 5, 6 and 7-a-side football.

With well-known Slovenian footballer Peter Pust involved in the project, ISF were keen to have the Slovenian organisation as one of the first members of the Federation.

An ISF spokesman commented “we are absolutely delighted that Slovenia are one of the first European countries to be joining the new Federation, with more to follow. What is even better is that they are the key and largest operator of leagues in Slovenia and have a sound footballing pedigree and background behind them. Our aim is only to invite countries and organisations who have a significant presence for small-sided football in their own countries and we intend to be offering key positions in the federation to Slovenia.”

Simona Truden, PR and Communications Representative from Slovenia commented, “This is an exciting step forward for our organisation. We are really pleased to be joining this fast growing new federation and are really looking forward to the exciting events and tournaments planned over the coming years. We intend to play our full part in the federation over the coming months and years.”

The ISF spokesman continued “Slovenia will now take advantage of the range of benefits that membership of the federation entails, including free membership, the best small-sided tournaments over staged from 2018 onwards, and the enhancement of knowing that they are joining a federation which will actually make them money, rather than cost them money.”