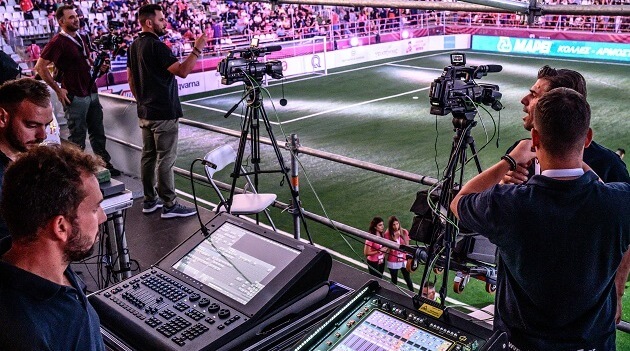 That week in Crete. That unforgettable seven days that saw the world’s eyes on Rethymno for the Socca World Cup 2019.

Russia won the tournament, seeing off Poland, but the facts of the results pale into insignificance compared to the event itself.

The sold out signs went up on games throughout the week, and there were many occasions when the 3,000 packed into the Leisure Leagues Stadium were matched  by thousands more crowding around the big screen by the beachside bars, or around televisions in the bars themselves.

But what you might not know is those thousands of fans at the stadium were joined by the millions watching around the world – all with one common purpose: clamouring for a look at the stunning action.

The news of the Socca World Cup reached just about every corner of the planet, with ordinary footballers being given their share of the spotlight in the most incredible way.

This video brings together the coverage, in much the same way that socca brought the world together for a glorious week.

It’s not hard to see why so many of the world’s major broadcasters were clamouring to get the pictures.

After all, we had a state of the art production crew, some of the world’s finest commentators, like veteran broadcaster John Gwynne, some of the finest minds in football analysis, like the legendary Ron Atkinson – ex Manchester United manager – and with Howard Bentham, one of the announcers at the Olympic Games, doing the same job in Crete, we had some of the world’s best to match our ambition.

We were also the only football tournament to do a highlights show every single night. The BBC Presenter Emma Jones performed the anchor role – and it went out live so the world could sample the final atmosphere.

We will be doing this all over again.  And we will be getting better. Just imagine that, seeing as we are already the best.

There will be more news on our 2020 plans as soon as we are allowed after the Covid-19 pandemic has eased.