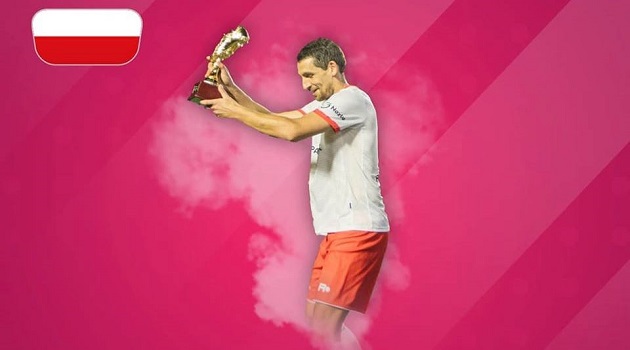 Think back to your first world cup. The first one you remember watching.

I was 6 years old in the summer of 1982 when the World Cup made me fall in love with football.

I can still remember the wonderful players in Spain that month, but none sticks out more than Paulo Rossi.

The Italian scored a hat-trick against Brazil, and that was the game that afterwards I said to my mother: “I want to go to football with granddad.”

The reason for the reminiscing? Well, it’s always the goalscorers, isn’t it? Always the goalscorers that you remember. There might be other, better, players, but nothing is better than that moment when the striker sticks that ball in the back of the net.

That is why we are thrilled today to celebrate Bartlomiej Debicki of Poland, who was the winner of the golden Boot award in Crete.

His country got to the final for the second year on the trot, this time losing 3-2 to Russia, but it was hotshot Debicki who did as much as anyone to get them there, with his 11 goals in eight games. That astonishing ratio saw him as the most feared striker in the world of 6 a side football.

So well done, Bartlomiej, you are joining some incredibly illustrious company and we salute you.Hopefully your feat will inspire someone else to follow their dreams too. 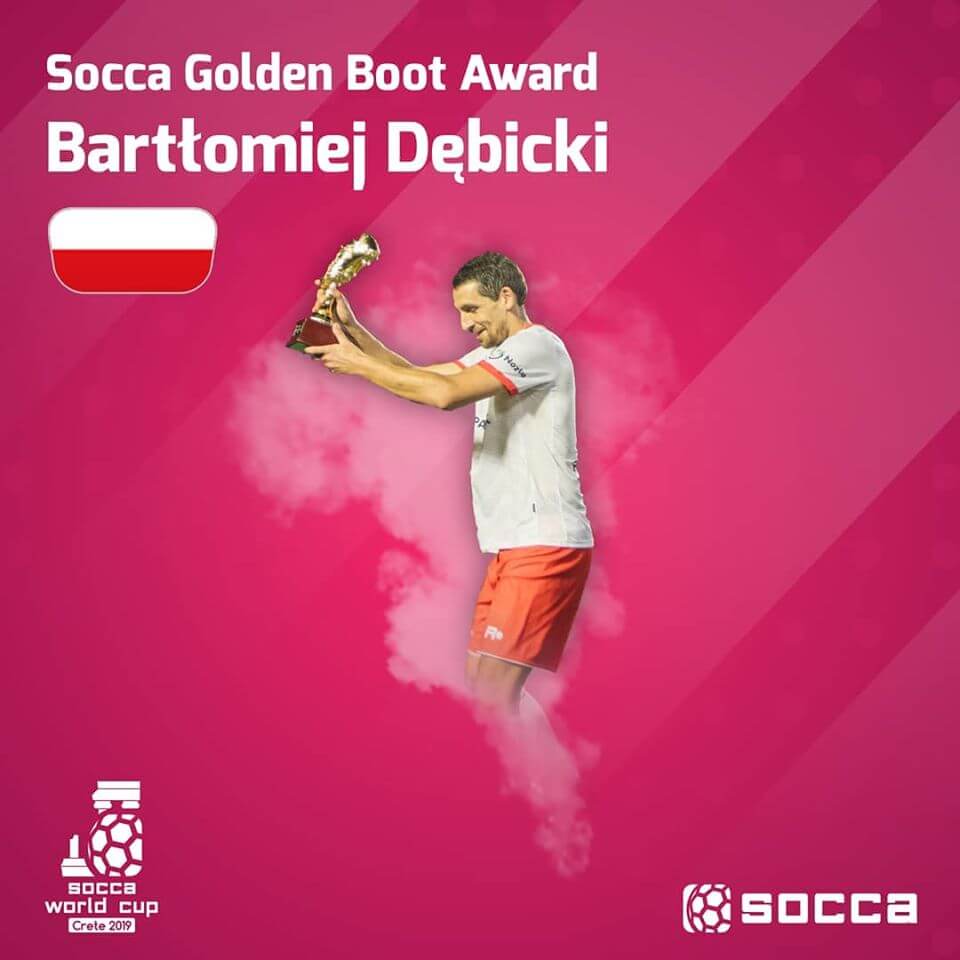