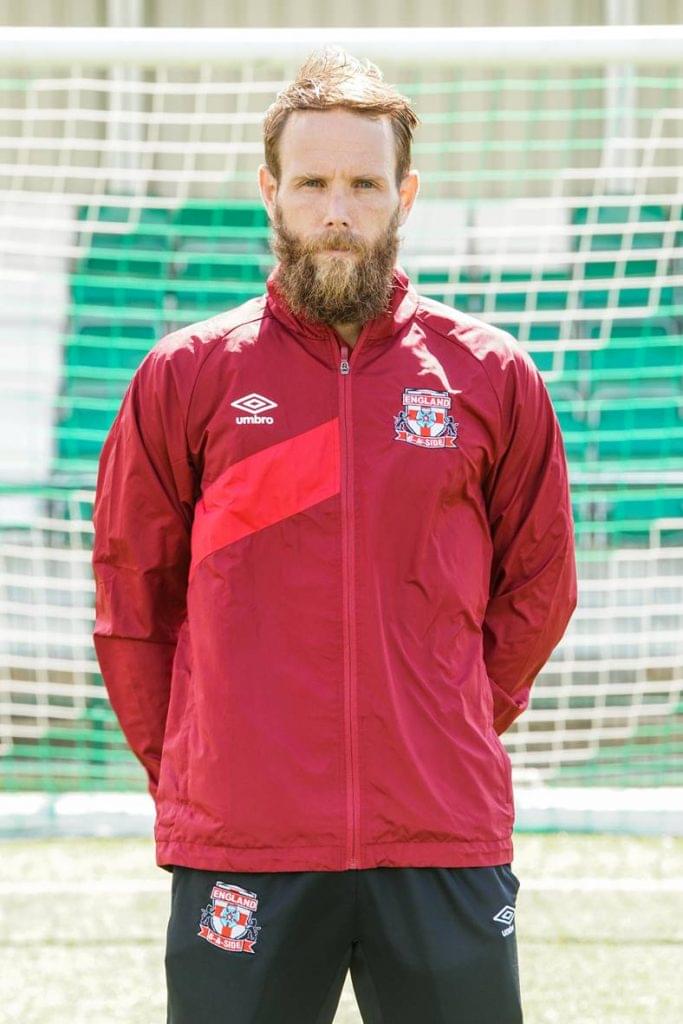 England Manager Scott Cousins has stepped down from his role with immediate effect.

Scott is England’s most capped player, having been involved in the national d 6 a side team since 2012, when he was part of the group that represented his country in Moldova. He was made Player/Manager last year and led the team with distinction during the recent Socca World Cup in Portugal, where they reached the last eight before losing to Poland.  He has now decided to relinquish his duties due to family reasons.

Cousins said: “I’ve had many wonderful years as a player first, then as a manager and been fortunate to go to some wonderful places. I’d like to personally thank everyone at UK Socca and the International Socca Federation for everything they have done for me over the years I’ve been involved with the squad”.

A spokesman for the ISF added: “Scott is one of the most distinguished players in the world of small sided football. He brought with him a wealth of experience and his tactical knowledge was second to none. He has been a fantastic ambassador with England over the years and has given us many great memories. We wish him all the best for the future and hope he stays involved in some capacity.”

Scott was present in the controversial tournament in 2013, where the fixtures were changed at the last minute and was also universally recognised in as one of most innovative thinkers in small sided football. His decision to substitute goalkeeper Ash Bakoos and replace him with an outfield player in Sam Murphy in the new-style Socca Penalties against Brazil was widely lauded. England subsequently won the match and the UK Spokesman remarked: “it really was a stroke of genius and typical of the man.”

An announcement as to who will take over the position of England team manager will be made in the coming weeks after a careful evaluation process.