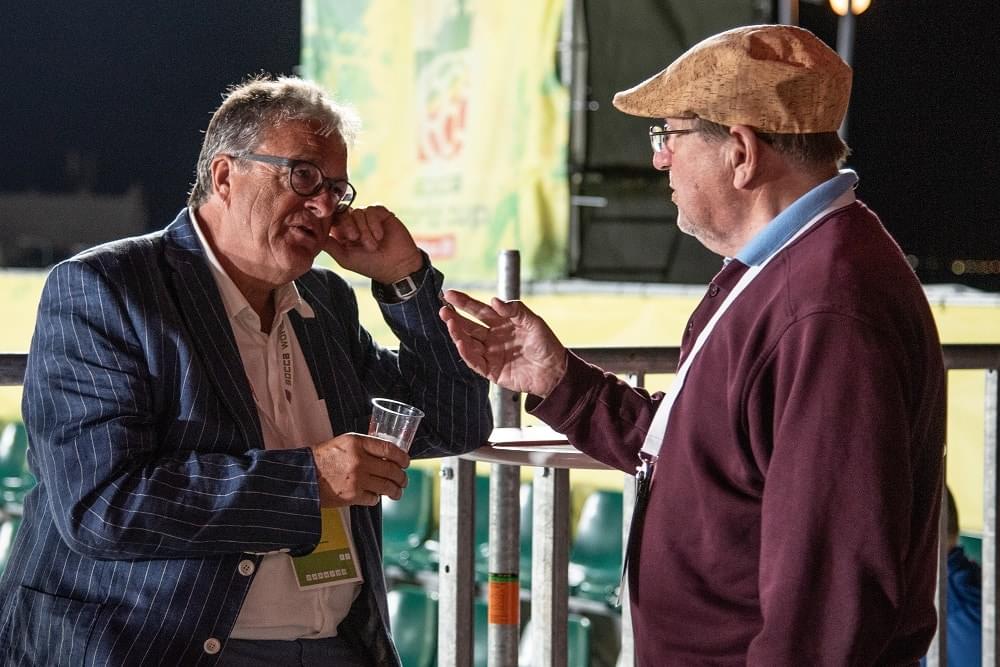 One of the great success stories of Lisbon was the commentary team of Nick Irvine (BBC) and John Gwynne (Sky Sports) who commentated on all the key games in Lisbon, along with the final.

Tim Ollerenshaw, Vice-President of the ISF, said “it was a great coup for the ISF to get two experienced professionals in Nick and John and I think they loved every minute of it. In the past small-sided football events have either not been commented upon, or have just had commentators from the local country. To have two experienced professional broadcasters working with us takes us onto a whole new level and means that our TV product can be packaged more professionally both for TV stations and sponsors alike.”

Nick Irvine has commented at the Olympics and on all the major international hockey events for the BBC and his voice is familiar to Olympic viewers the world over.

John Gwynne has one of the most distinctive voices in sports commentary, and made his name commentating on all the big world darts finals involving some luminaries as the late Eric Bristow and Phil Taylor. More recently John is a regular pundit and commentator for Sky Sports on match day Saturdays, and his distinctive tones are recognisable throughout the world.

As for Nick and John themselves, not only did they enjoy the experience of Lisbon, but they can’t wait for Crete. Tim continued “In many ways Nick and John are at opposite ends of the commentary spectrum, but they dovetail perfectly and to hear them talking together is fascinating and we are even thinking of giving them their own TV show next year in Crete. Just to hear them both talking about the sporting legends they have met is eye opening and makes you want to hear more. Two brilliant characters who we are pleased to have on board with us. The job now is to get a whole presenting team together and we are scouring both the BBC and Sky Sports so that our whole team will be ready for the World Cup in Crete next year.”