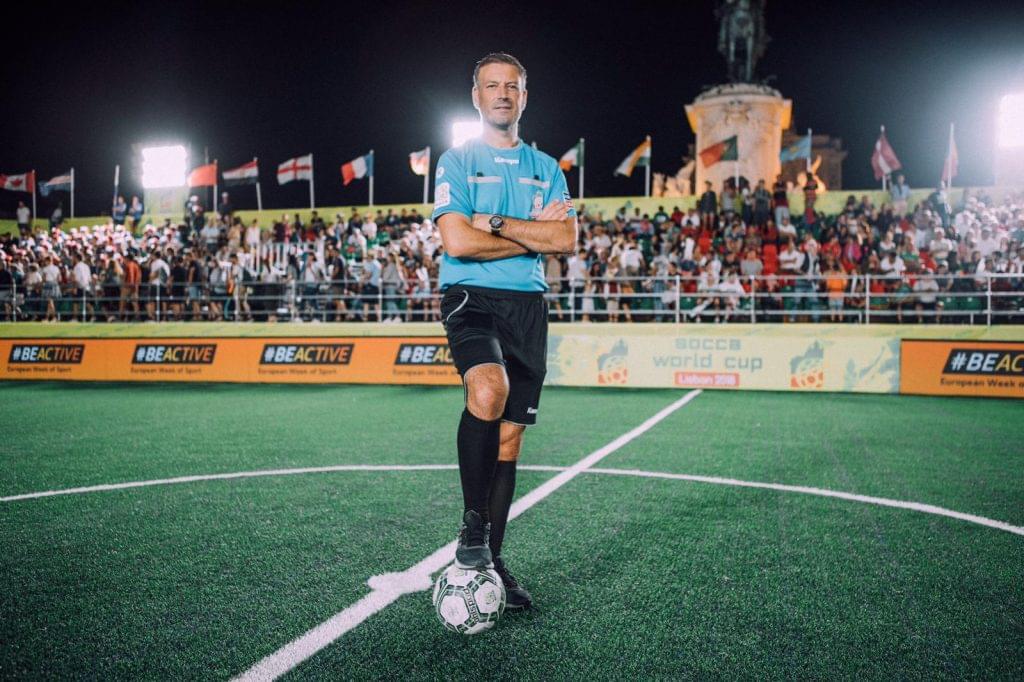 “I’ve had the chance to referee the biggest matches in the world – and here I am at the World Cup Final!” Those were the words of Mark Clattenburg as he excitedly looked forward officiating the match in Lisbon.

Commonly recognised as the finest referee in the world, Mark was an integral part of our team in Lisbon – and had the honour of being the man in the middle at the first World Cup Final, as Germany ran out victorious over Poland –  and the affable North Easterner was keen to talk to us about his life, his career and his love for the 6 a side game.

It’s all here, from the heartbreak of being told he wasn’t going to make it as a player, to becoming the youngest referee in the country and making it to the Champions League Final – the match he says is his “most successful.”

The top whistle-blower doesn’t shy away from controversy in this explosive clip either – and tells us why Socca is more exciting than the 11 a side game!

He lifts the lid on this and so much more in this video – and admits he can’t wait to be out in Crete next year to do it all again.

Look out for much to come with the world’s best ref – including who were his hardest players to ref and who was the biggest baby –  right here!