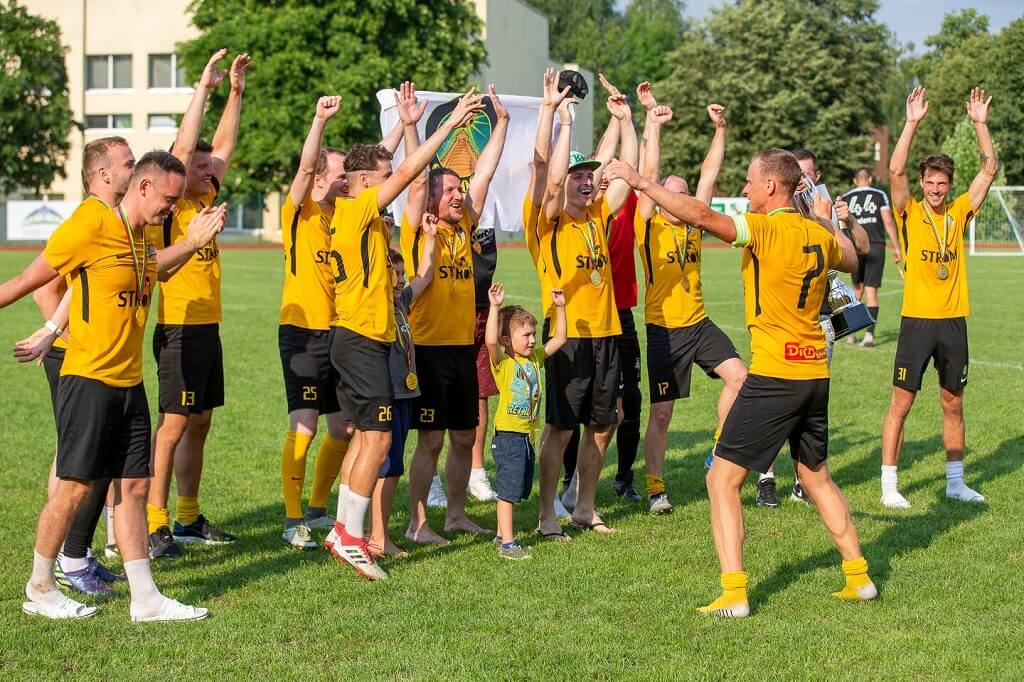 The team of the capital El Dorado raised the first Lithuanian Cup and added it to its already massive trophy shelf. Medals and trophies were presented at the awards ceremony to the winners by legendary football player Valdas Ivanauskas and Birštonas Deputy Mayor Vytas Kederys.

This format created a surprise from Varėna’s Merkys, who are stagnant in the Lithuanian Championship, caused a shock and broke the Klaipėda City team, who are leaders in the national championship, 4:2.

Other favourites Hegelmann Minifootball fought against the new team FK Kelmė, who had gathered together a powerful line-up. The match between these teams was tied at 5:5 and the winner turned out after Bullet Shoot-Out, which Kelmė won 2:1. 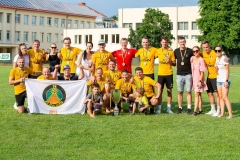 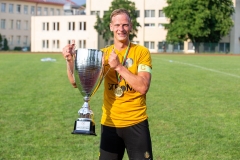 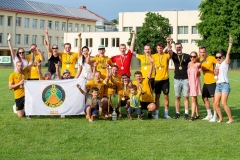 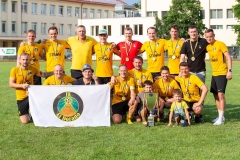 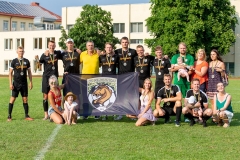 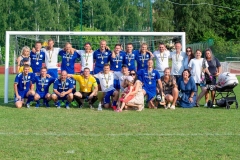 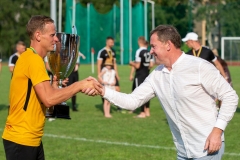 In the next quarter-final match, FK El Dorado defeated FK Nemunas 4:1, and Pempininkai broke FK Alytus with the same result.

As mentioned before, the teams that lost the first game continued to fight for the so called “small cup”, which ended in the hands of the Hegelmann Minifootball team of the Kaunas district. They fought with the Klaipėda City team in the final and won 10:5.

The fight for the main cup was much more tenacious. In the first semi-final El Dorado beat FK Kelmė 5:1 but the last three goals they scored in the last three minutes so the win was not as easy as it could look from the result.

In the next semi-final, Merkys was very close to the final, but wasted their lead and conceded the equalizer at the last minute – Pempininkai striker Algimantas Bačanskis postponed the fight to the Bullet Shoot-Out. The main time ended with result 4:4.

In the shoot-out Pempininkai did not make a mistake – they scored all three goals and Merkys did not realize one and lost the shoot-out with the result 2:3.

In the end, Merkys remained in fourth place as FK Kelmė beat them 6:3 for the third place.

The final between El Dorado and Pempininkai was tenacious. Although El Dorado had a long reserve bench and scored first, Pempininkai managed to equalize the result at the start of the second half. However, it was clear on the pitch that El Dorado had more strength and ultimately resulted in them scoring two more goals and winning the final with a score of 3:1.

“No one has won this trophy yet and we were the first to do it! Such tournaments are our tournaments, we know where we are going, we know what we need, and prepare for them. Physically the tournament was very difficult but we are very happy now“, – said the captain of El Dorado Martynas Rašinskas.