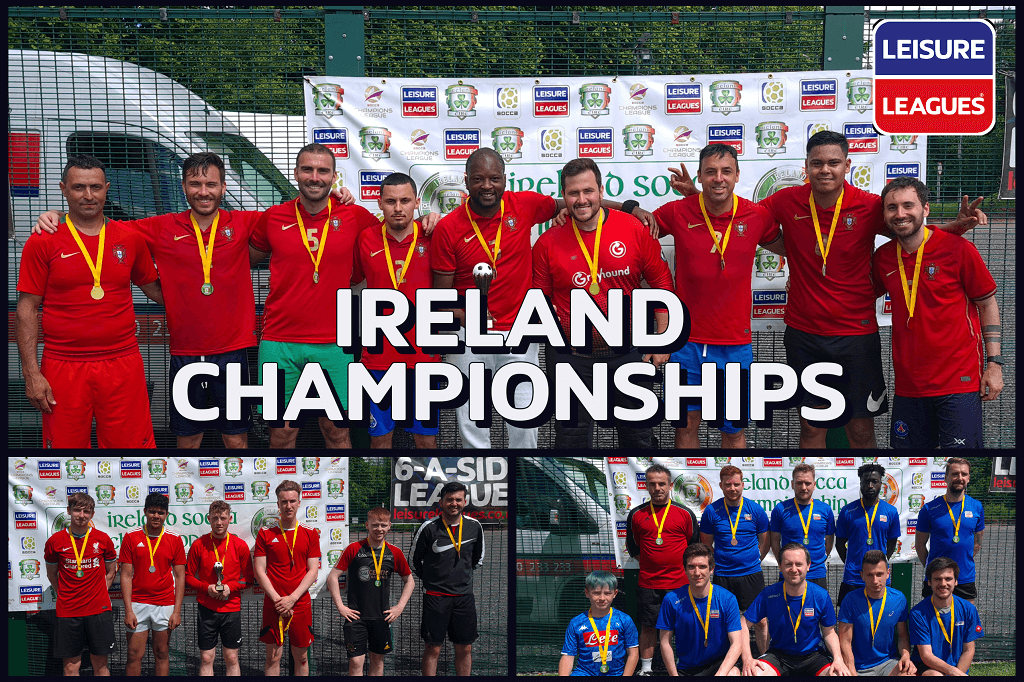 This year’s Ireland 6 a side Championship kicked off in Cork this past weekend. There are 10 teams participating in the premier tournament of the competition. Seven were local, two teams from Dublin with Galway completing the set. The teams were divided into two groups of five in which they competed against each other.

In group A, as many as three participants of the final tournament of the previous edition of the championship were pitted against each other, namely Old Boys Blue Magic Dublin, Hotshots Galway, and Rebel Army Cork, and Raging Bull FC and LastMinute.com both from Cork. The competition was very fierce, with goals at a premium. The best team turned out to be the Rebel Army players, who not only remained unbeaten, but their goalkeeper did not concede a single goal. The Raging Bull FC players who, like the Rebels, appear in Leisure Leagues Cork, came second in the ranking.

In group B there was one more participant in the 2020 finals – the Migraines FC team, as well as Lusitania and S.I.F. FC all three teams also play at Leisure Leagues Cork, plus the second team from Old Boys Blue Magic Dublin and MIFF Ace’s from Cork. In this group, from the very beginning, two teams were over the level of the rest and so the Portuguese from Lusitania won the competition with full points, not giving their rivals much chance, and just behind them were S.I.F. FC, and that meant only one thing: that the teams from the local Leisure Leagues would play in the semi-finals.

Rebel Army played with S.I.F. FC in the semi-finals, and Lusitania vs. Raging Bull FC.

The S.I.F. team already in the first half of the game gained a safe advantage by scoring three past Rebels goalkeeper Marcin Korona, known for his performances at the previous two 6 a side World Cups, it is worth adding that these were only the first goals he conceded in this tournament. In the second half, they pressed harder, but it only gave them one goal and a 3:1 score for S.I.F. FC ended their rivalry in the first semi-final.

In the second match, the Portuguese from Lusitania faced their good friends from the league, Raging Bull, who are made up of Brazilian players and here was a real spectacle, because when it comes to advancing to the final, friendships are put on hold. It was a good technical game, and the promotion issues were not certain until the referee’s last whistle. Lusitania players who defeated Raging Bull 2:1 turned out to be better.

Rebel Army and Raging Bull played in the game for a symbolic 3rd place. Here, too, we witnessed a fierce competition between two determined teams that wanted to win an honorary bronze medal at the end of the tournament. The first part of the game ended in a goalless draw, and after switching sides, both teams managed to score one goal each, which meant that we would witness a penalty shootout competition. As we know, penalties are a pure lottery, but it is an element of football not fully liked by the players. Rebel Army players turned out to be better in penalties (2:1) and they won bronze medals.

The time has finally come for the first final of this year’s qualifiers, where once again the group rivals Lusitania vs S.I.F. FC. It should be added that the entire tournament was played at high summer temperatures, which tested the fitness of the players. Lusitania began on the front foot, scoring four without reply in a breathless first half. There was a lot of nervousness in both teams, and at times only the referees’ whistle was heard, which had to calm the nervous atmosphere. The final was won by Lusitania players 5:1, and both teams from the final advanced to the final tournament, which will be held in Cork on September 19.

Leisure Leagues Ireland Tomasz Schindler said: “It was a brilliant day and to all the teams participating in the tournament, thank you very much, because we were able to help our colleague Jason Murphy who received money collected from the entry fee for the rehabilitation of his younger brother Ryan.

Below are the results and tables, and the next tournament will be played in Ballina, County Mayo, where we will know the next two finalists. 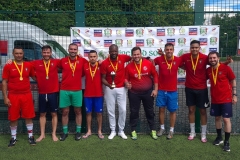 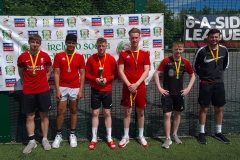 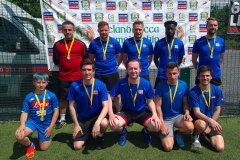