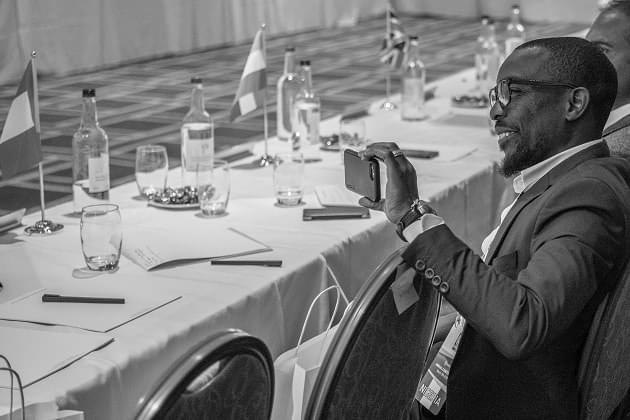 There were many new teams in the Socca World Cup in 2019 as it became the fastest growing sport in the world. All of them brought so much, and that is certainly true of Nigeria.

So it was a great pleasure to speak to Henry Koko for the latest in the First XI series, where we take a different member of the football family and find out something new about them, Player/Manager of the Nigeria team, Henry is also owner of The Hive Leagues, the most professional league network in the country.

Here, Henry tells us all sorts about his life in and out of the game, about life in lockdown, just why he loves the Love Bug and why you’ll find him swinging as soon as lockdown ends…

Ok then Henry, lets get to know some new stuff. Which football team did you support as a boy

I can’t say I supported any football club team as a young lad, but I certainly did favour a club side called Sharks FC of Port Harcourt (growing up I lived in Port Harcourt). I remember my uncle going to watch this team regularly. That’s the closest I have been to supporting a team as a boy. Of course, the huge influence of the Premier league soon got me supporting the best team in London…..

Tell us a little about where you grew up

Although I was born in London, I grew in southern Nigeria in a city called Port Harcourt (already mentioned) which was nicknamed “The Garden City” because of its richness in greenery, trees and all. My fond memories growing up would be playing small side football with really small goals locally called “Monkey Posts”. I also enjoyed riding my bike for hours around the neighbourhood when on holidays

And, growing up, who was your favourite footballer?

My favourite footballer was the one and only Diego Maradona; I used to mimic his runs, leaps to evade tackles when playing myself. I simply adored the man, the legend back then.

Do I ever get away from football? Hard to say but I usually relax by playing another sport or watching a comedy

Did you ever collect anything when you were growing up?

I certainly collected stickers, special bubble gum wraps and even sometimes bottle caps (driven by promotional campaigns from one household or beverage company or the other back then).

What’s your favourite other sport?

My sports journey over the years has been football – table tennis – pool/ billiards – bowling then lawn tennis and TENNIS does win the title of best other sport!! Started playing 4 years ago and ever since it gets harder and harder to stay away from the courts. Thoroughly enjoyable sport.

I do not have any recent favourites but I fondly remember “The Love Bug” (because it was the first movie we saw at home on our new VCR).

I am blessed to be passing through lockdown with my family so quite simply, I have missed being able to go out and play sport; Tennis and Football.

First thing I would do is ring up my buddies and ask them to meet me out on the court for some much-needed swinging.

What is your biggest ambition?

My biggest ambition is to get the HIVE leagues to be a leading sports organisation in Africa, one that positively impacts people’s lives in communities and cities by giving them access to world-class recreational and sporting opportunities