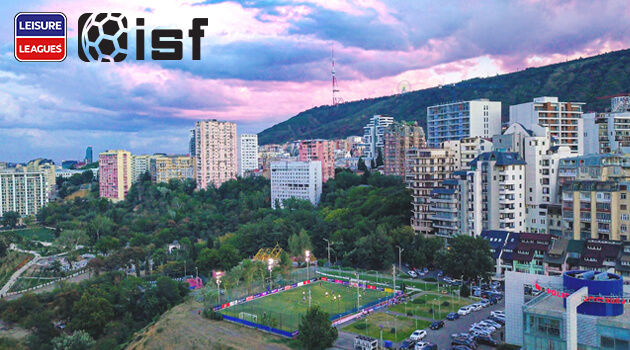 We have been delighted to welcome a brand new member nation to the ISF this week as Georgia joined the world football family.

Anri Pkhakadze from the Georgian Federation was excited as he told us about small-sided football in the country, his plans for competing in international tournaments with the ISF, what life has been like in lockdown – and how it all started with Zinedine Zidane.

Welcome Anri, I guess a good place to start would be to talk about the sport of small sided football in Georgia?

So, it all started in 2019, our organization was founded and the project was financed by Georgian Football Federation, alongside with Tbilisi Mayor’s Office and Football Development Fund.

Brilliant! And what are your aims now with the ISF?

It is a great opportunity to compete with best teams over the world, which is a perfect experience for our players and organization as a whole.

Yes, its been a strange year for everyone hasn’t it? And now the Intercontinental Cup has been postponed to next year, how has the pandemic been in Georgia?

Our Government handled it very well and we have few Covid cases, however restrictions affected economy.

Which football team do you support?

Manchester United, but my Georgian team is Dynamo Tbilisi

And how did you get into football?

Watching Zinedine Zidane play made me fall in love with this game, Pavel Nedved later on and then I finally got to red Devils.