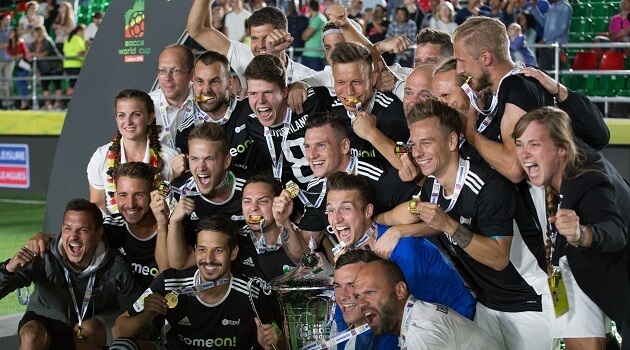 A special report by Malte Froehlich, head coach of the German national team.

After the disastrous outcome at the 2019 World Championships in Crete, we were broken. The burden of the 2018 World Championship title literally crushed our players a year later. You have seen this effect many times in sports, and it happened to us as well. But after such a defeat, you need to get up again and move on. So, we wanted to start immediately and work on rebuilding. But this was all shut down by the Corona pandemic. At first, we did not know how to continue an association based on contact sports in crisis. But we made the most of it.

During the time we could not spend on the field, we developed new concepts and sharpened our focus. One consequence was that there were some changes in the functional team. For example, we hired a new assistant coach, Christian Constein, and Marc Müller, former national coach and vice president of the German association, returned to the coaching staff. As a result, we have clearly put the focus on increasing athletic performance.

Some relaxation after the first Corona wave last summer also allowed us to actively scout new players. This was very promising for us and we want to carry out the concept developed there even larger in the summer and fall of 2021. The goal is to be optimally prepared for the next World Championship in Mexico in 2022. The competition at international level is huge and we will be competitive again. That is the ultimate goal. We owe this to all our fans and partners.

Now the Corona pandemic has had us firmly in its grip for over a year and the effects are also being felt strongly in Germany. Nevertheless, we have been able to take some important steps. I am not yet allowed to reveal all of them here. In any case, you can be curious to see what else will come from the German association in the future.