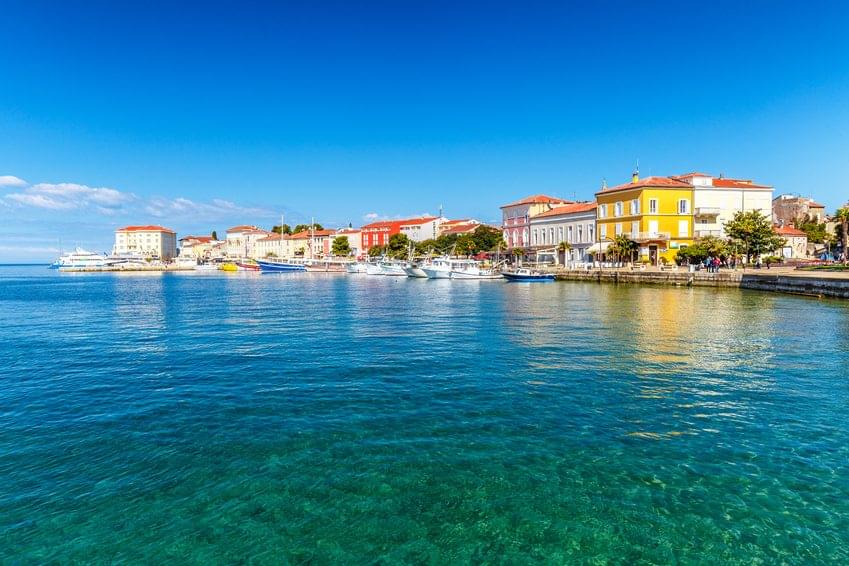 With the great and the good of the Socca Club Game decamping to Croatia in 10 days’ time for the first Socca Champions League, here’s our handy guide to the beautiful town of Porec.

Located on the coast, Porec is a popular resort on the Istrian Peninsula, with a population of 17,000 it is best known for its ancient Byzantine Euphrasian Basilica, reckoned to be one of the finest historical sites in Croatia and has been designated as a world heritage protected site since 1997.

The beautiful beaches are amongst the highest rated in Europe and have international award for high sea quality and the unpolluted environment.

The old town has preserved the original Roman street layout; the main streets of Cardo and Decumanus. Marafor was a Roman square (forum) with two temples, one dedicated to the Roman god Neptune and the other one to Mars.

After the football is over there is will be plenty of nightlife to enjoy. Entertainment in Porec includes many bars, beach bars, lounges and discotheques. One of the famous places is Byblos discotheque where scores of top acts have performed.
With temperatures expected to be in the high-teens when the tournament kicks off (slightly above the average for the time of year) it will be pleasantly warm for football. 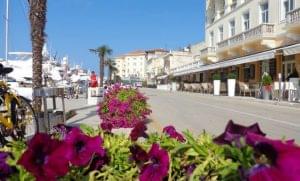 And if you’re feeling adventurous, you can have a look at the annual “truffle days” festival, which will be taking place while the Socca Champions League is going on. In addition to the absolute king of Istrian cuisine, here you can find other indigenous products, which in its tradition and quality attract interested tasters and consumers from around the world: wine, olive oil, cheeses, honey, brandy-herb and other traditional Istrian products.

For all the latest, events in Porec, here’s the Trip Advisor page for Porec.