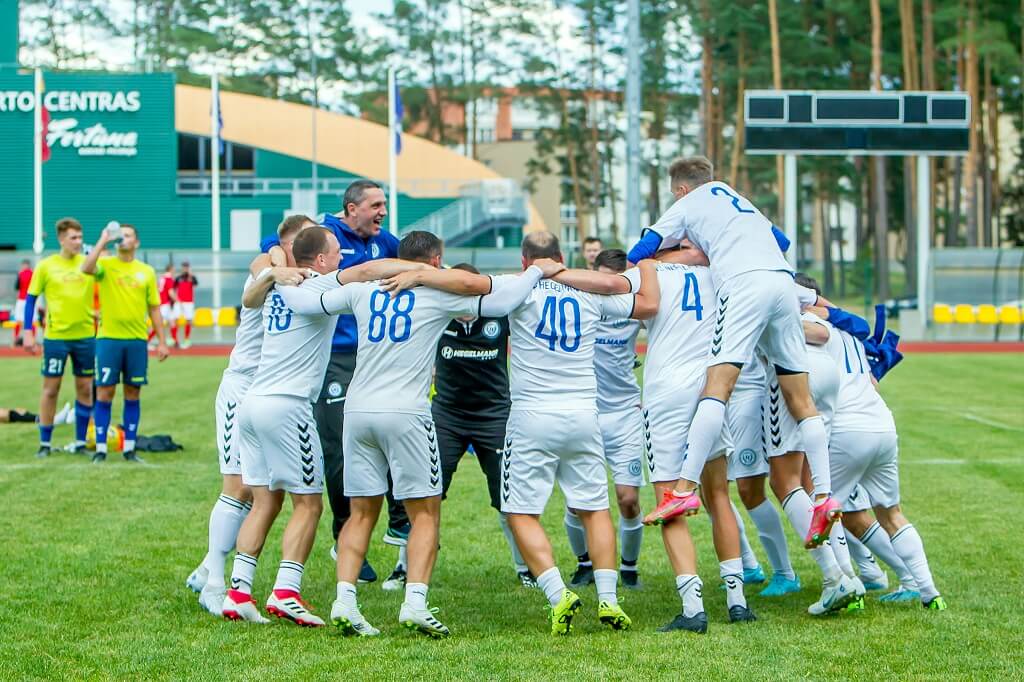 As the world’s eyes turn to Budapest and the 6 a side World Cup, last Saturday the fifth stage of the Lithuanian small-side football championship was played in Varėna – and there was a new name on the cup.

The intriguing and combative final stage delighted the fans gathered in Varėna with beautiful and intense football.

After all the matches, in the end, the Hegelmann Minifootball team lifted the champions cup for the first time in its history, having been in second place two years before. The leading Kaunas team throughout the championship withstood the pressure of Jurbarkas Imsrė and proved its superiority in a direct duel between them.

Imsrė team remained in second place, but it is also the best achievement in the team’s history, while the third place was secured by the Kaunas Arsenal club, which did it only in the last match.

The so-called “Golden Match” pitted Hegelmann Minifootball and Jurbarkas, together. Imsrė immediately showed that a very serious fight was in store for them as soon as they arrived in Varėna. In their first match, Imsrė even crushed last year’s champions Klaipeda City 8:1, who remained in the penultimate, sixth place this season. Meanwhile Hegelmann Minifootball team beat SC-FK Akmenė with a result of 7:2.

The second match between these teams was strictly between themselves, and Imsrė definitely had to win it if they wanted to preserve the chances of fighting for the gold. At that point, a draw would have been enough for Hegelmann to secure the first place.

However, Hegelmann Minifootball managed to start the match well and they scored two quick goals, although Imsrė had remarked to the match referee Gediminas Mažeika due to one goal.

However, such a situation woke up Imsrė and during the rest of the half, the experienced side  controlled the situation on the field and put pressure on Hegelmann. The pressure was crowned with a wonderful goal by Laurynas Danielsius.

Imsrė tried to start the second half as active as they finished the first, but a mistake side led to Hegelmann’s third goal. After increasing their advantage, Hegelmann did not let go of the initiative and finally managed to score another goal and celebrated the victory with the result 4:1.

This victory guaranteed Hegelmann Minifootball club its first championship title, and at the same time, Imsrė was awarded the title of the runner-up.

“We played steadily throughout the season. I think we deserve to be champions. The match against Imsrė was certainly not easy, their team played very intensively and well. It was a really high-level match, but this time luck smiled on us. We took our chances better and won. Finally managed to become champions. So far we have had medals of all colours and the only thing that was missing was gold. Now we did it!” ¬ rejoiced the coach of Hegelmann Minifootball Giedrius Brazaitis.

The fate of the bronze became clear in the Kaunas derby

As tense as the fight was for the gold, it was the same for the bronze, for which Arsenalas and Merkys locked horns. Merkys who played in their stadium pleased the fans with two victories – they defeated Akmenė 4:1 and pulled them out of the fight for the third place, and crushed the outsiders of the championship KKSC Prienai – Positivūs 12:0.

Merkys players, who won their matches, had to wait for at least one bad game from Arsenalas team if they wanted to keep the third place. However, „Arsenalas did not give the local fans such a celebration.

Arsenalas defeated Prienai team 8:2 and defeated Klaipėda City 6:2 and then secured third place in the Kaunas city derby, where they defeated Hegelmann Minifootball players 3:2. It’s worth mentioning that Hegelmann secured the championship title before this match, so they did not play at their full capacity in the Kaunas derby, and Arsenalas took advantage of that and reached a very important victory for them.

“I would say that we took third place deservedly. Hegelmann and Imsrė were definitely stronger this year, and the third place corresponds to our capacity. In Varėna, we managed to win all 9 points, which were needed for the bronze”,- said Karolis Vasiliauskas, manager of Arsenalas.

Lithuanian football legend Valdas Ivanauskas presented all the winners with medals and cups, and the triumph of the champions was decorated with a volley of fireworks. 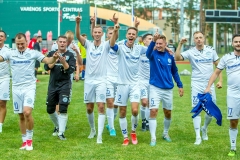 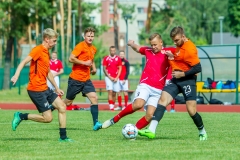 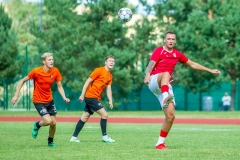 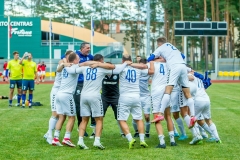 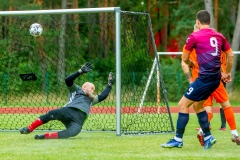 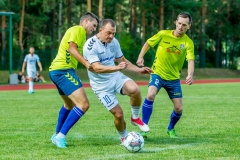 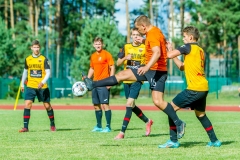 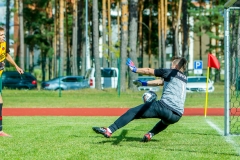 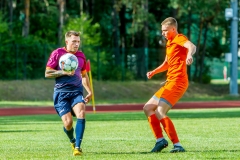 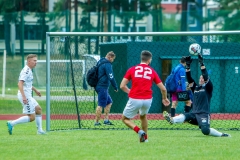 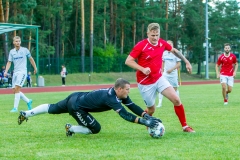 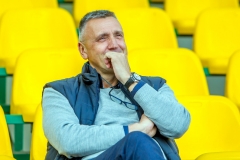 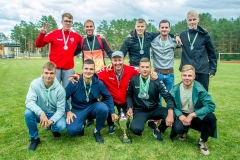 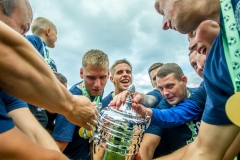 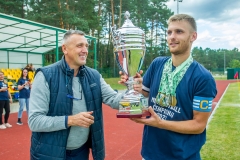 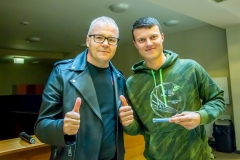 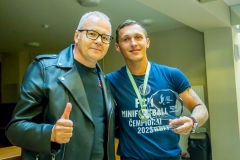 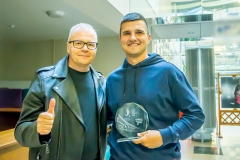 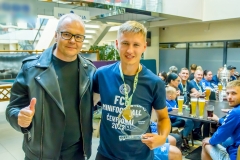 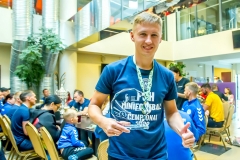 In addition to the team prize-winners, individual awards were also presented at the end of the championship.

The best player of the championship: Mindaugas Kasparas (Hegelmann Minifootball)

Results of the 5th stage of the Lithuanian small-side football championship:

The final standings of the Lithuanian Championship: