The England 6 a side team has announced today that it will still complete in the Leisure Leagues powered World Cup.

There had been speculation that the team would not be lining up in the opening matches of the event in Hungary after the tragic death of Queen Elizabeth II yesterday, but after meetings between the team this morning they have announced they will fulfil fixtures to honour the memory of the beloved Queen.

Joint managers Henry Muggeridge and Arjun Jung (pictured above with Leisure Leagues Tom Nash) released a statement on behalf of the squad and said: “The England 6 a side team are deeply saddened by the passing of Queen Elizabeth.”

They continued: “The Queen symbolised what it means to be British and we as a team will travel to Budapest to do our best to represent the country she served for 70 years with heart, dignity and respect.

The full statement is below.

England will kick off their campaign tomorrow night at 8pm v Portugal. 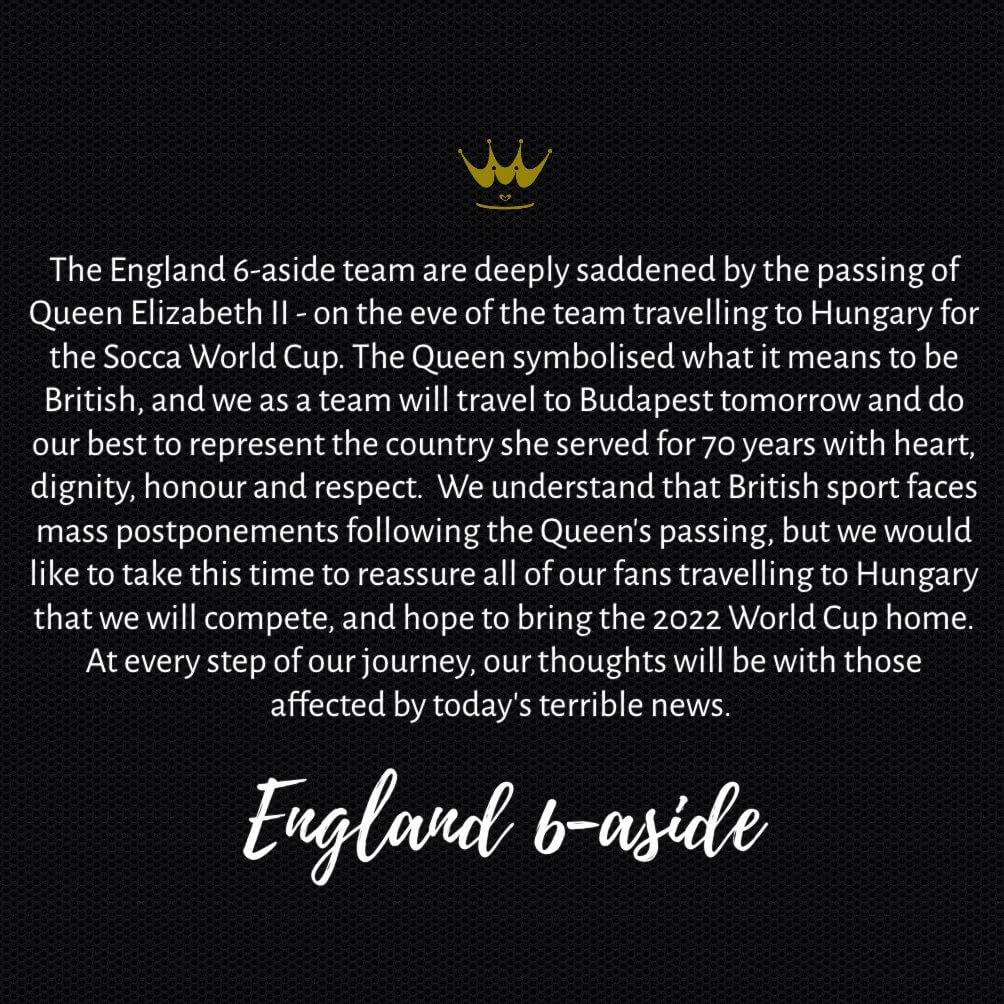