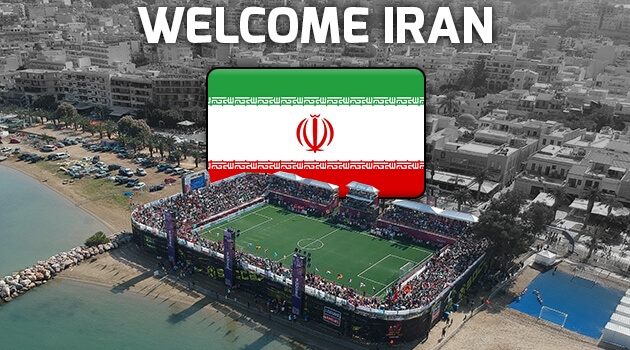 We are delighted to announce that Iran has become the latest country to join the Socca Revolution.

The global reach of socca has grown exponentially over the last two years since the ISF formed in 2018, with countries joining from every continent in the world and Iran joined nations from Asia like China, Pakistan and India in a bid to become the first non-European World Cup winners.

Football has grown to become the most popular sport in Iran, with it growing in popularity.

The most high-profile player currently from the country is possibly Alireza Jahanbakhsh- who Brighton and Hove Albion paid a then club record fee of £17m for when they signed him in 2018. He repaid them with a wonderful, EPL goal of the season contender against Tottenham Hotspur on New Years Day.

Iran has a small sided football pedigree too. Their futsal team is ranked at 6th in the world, so it will be interesting to see if they can replicate that form in a more nuanced form of the small sided game.

They will now be eligible to join the world’s biggest 6 a side football jamboree, the World Cup. The venue for the 2020 event will be revealed soon, as countries from all over the world look to wrestle the crown from Russia, who prevailed after a pulsating final last year.