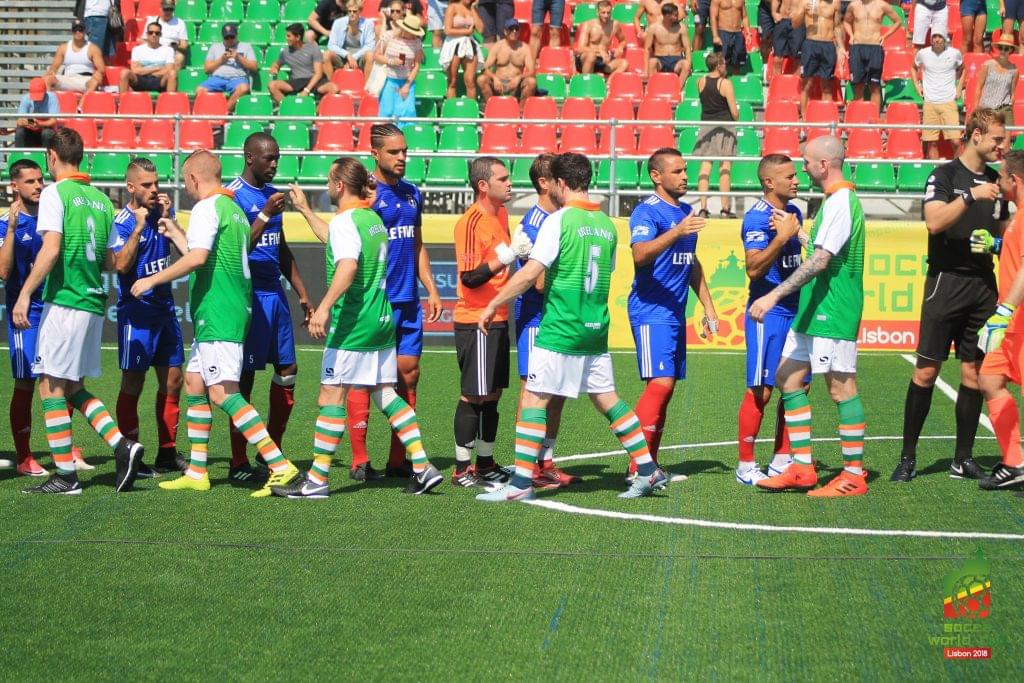 Ireland became one of the first nations to name their squad for the World Cup 2019, when they revealed the men to take on the rest last month.

We caught up with Tomas Szindler, the country’s Team Director, to discuss it all with him, and found the humble Cork man full of steely determination ahead of the trip to Crete.

So Tomas, tell us a little of the type of player you have selected for the tournament? The whole idea of which players I should call this year was based on a balance between experience and youthful fantasy and speed, which can be crucial in achieving success. That is why we have selected both experienced players who have already played at international rank tournaments, as well as younger players who are full of energy and hungry for the victories we need so much. Now my task is for these two different types of players to cooperate with each other instead of competing.

How many of them are new and who should the watching world look out for?  Last year, due to the very limited budget I had at my disposal, only 10 players went to Lisbon, and for various reasons not always dependent on me, only three of the ten will fly to the World Cup to Greece, so it looks like I built this team from foundations. At the moment everything seems to indicate that this year we will go in a similar number of players. As for who to watch….. It is difficult to pick out one person, because each player brings something different to the team, and I managed to select players with very diverse game characteristics. For sure, each of the selected players will proudly represent their country at the nearest World Cup.

There’s one name that stood out – because everyone knows him well – Damien Raggett! He’s a bit of a 6 a side soccer legend in Ireland, what will he bring? Yes, it’s not hard to notice that this year Damien joined the team, he has already participated in the International Championships. Damien stayed with us, he is important to us, as I mentioned before it is one of those experienced players who will not be surprised by the size of the tournament and he is also very determined to participate in the Greece World Cup even if he has to drive every week almost two hours one way for training. However I wouldn’t use the word “legend” here, because in my opinion to be a legend you have to achieve sport success which our team has not been able to reach so far.

You guys took part in the first ISF world cup last year, what did you learn?  So last year we had the honour of representing Ireland in the first World Cup organized in the beautiful scenery of Lisbon. What did we learn? First of all, humility. No matter how much you feel a good player, until the team does not interact with each other as one mechanism, you will not achieve any success. Football in any form, whether it’s 11 a side or 6 a side is always a team game and one person will never win the tournament itself. Also, you must not underestimate anyone, because in tournaments of such a great rank as the World Cup, each of the teams will try their best to achieve success.

What were your impressions of the event?  Impressions were only positive, despite the poor performance we gave, however, the size of the tournament in Lisbon was a real masterpiece. Until now it is difficult for me to logically explain to myself how I am a part of such a huge project. At this point, I must thank the entire ISF board for the incredible effort they put every day in order to make people like most of us in the Socca Federation, people with passion and love for football, but amateurs without luck and sometimes a chance to appear in a professional football could feel at least once a year like real stars. It’s quite enough to feel the great emotions associated with the World Cup. An unforgettable experience.

What are you aiming to do next time?  In the next World Cup in Crete we are going to achieve results that will not bring us shame and I know that the boys will do everything, that they leave a lot everything on the pitch but also show everyone that the Irish team cannot be underestimated. I know we’re not a top 10 team, but one thing I can assure you, we will not give up until the last whistle.

How do you see the game developing in Ireland? From what has recently been observed, it is a little better than last year, there are definitely more and more teams willing to play football, and thanks to that my selection is more difficult, because more and more players are willing to play at Leisure Leagues in Cork knowing that that this is the easiest way to get to the Ireland Socca Team. I think that every year will be only better, and if we manage to get a good result in Crete then there will be even more willing to play in the Irish team, which will only raise the sports level of our team.