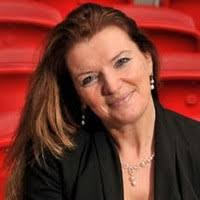 Following the ISF’s huge investment into our flagship project, the 2018 World Cup, the ISF have announced a series of new staff appointments.

Janie Frampton will become the new Executive Chair of the ISF, and will work closely with CEO Thanos Papadopoulos in delivering the aims and targets for the organisation.

One of the first female professional referees, and a former advisor to FIFA, Janie brings a wealth of experience to the ISF and will be responsible for leading the future development of the ISF in both existing and emerging markets in countries all across the globe.

Janie said “I am absolutely delighted to be joining ISF officially and working with people such as Thanos Papadopoulos, and I am sure we are going to make a great team moving into the future. I am keenly looking forward to the World Cup in Lisbon which is going to be, quite simply, a magnificent event. It is amazing to think that when the ISF first chose Lisbon to be the host country, it was wondered whether there would be 32 teams in the tournament. Now, quite amazingly, not only do we have 32 teams, but we have a further 20 countries who are visiting as guests, all waiting in a queue to join the ISF family.”

Janie continued “there are a great team of staff behind the ISF project who each have their own unique experience and skill set. I look forward to working with my new colleagues from across many different countries and to building on the hard work that has already started. Already there is huge potential for some really exciting events to take place in the future and I look forward to pushing forward on these events and projects to develop socca internationally.”