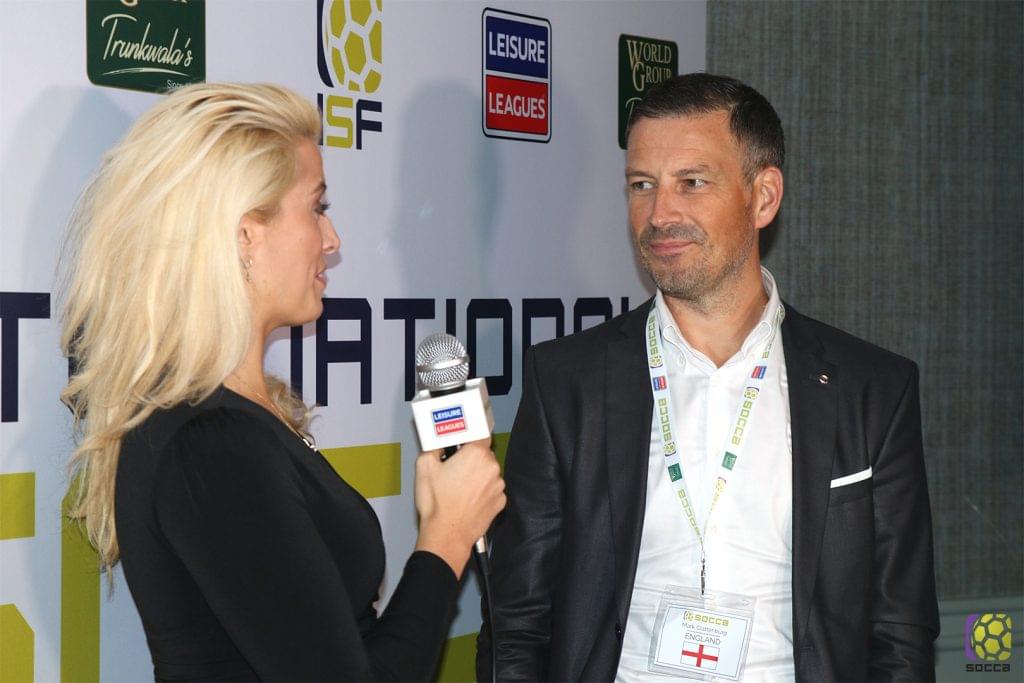 The ISF are delighted to announce that former FIFA referee Mark Clattenburg has signed an exclusive deal with the International Socca Federation, which will include his confirmed attendance at the Socca6 World Cup in Lisbon next month.

Clattenburg, who is famed for refereeing the  FA Cup final, Champions league final and European Cup finals in 2016, joins the Executive team at the ISF in conjunction with his role as Head of Referees at the Saudi Arabian Football Federation.

Socca Executive Chair, Janie Frampton said “I am delighted that Mark joins the team at the ISF and know that he will be an invaluable asset to us, both in assisting our referee training and development and in helping to expand the sport of Socca more generally in the Middle East and beyond.”

Janie continued “having a high profile referee such as Mark in our ranks is undoubtedly a huge benefit for raising the profile of the ISF, and this in turn can help to inspire more people to begin playing, and refereeing, small-sided football.”

In addition to his appearance at the World Cup, Mark will also be working closely with Leisure Leagues, the world’s largest provider of 5 and 6-a-side football leagues, and is set to visit Pakistan on behalf of Leisure Leagues to assist with the development of socca leagues across the country.