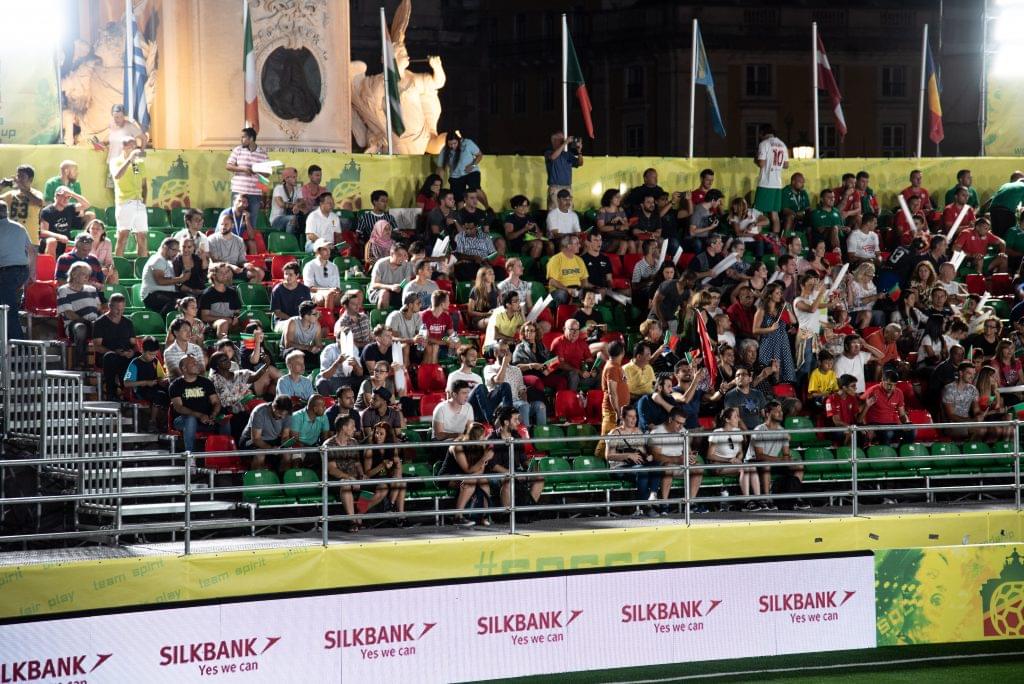 The fifth day of the Socca World Cup saw multiple crucial matches for teams to make it through to the last 16 round.

Friday will see Group E leaders USA face Group F runners up Latvia in the first match of the day.

Germany, who beat Angola 7-0 yesterday sending them to the top of competitive Group G take on Slovenia.

Brazil will compete against England, who came runners up of group E after losing to USA in the final group fixture.

Poland will take on Croatia, who beat Group G leaders Germany in the group stages.

A strong France team will take on Belgium in the fifth last 16 game.

Scotland guaranteed their top spot before their final group fixture against local rivals Wales will see them face Canada.

The final last 16 game is between Russia and Greece before the quarter finals get underway.