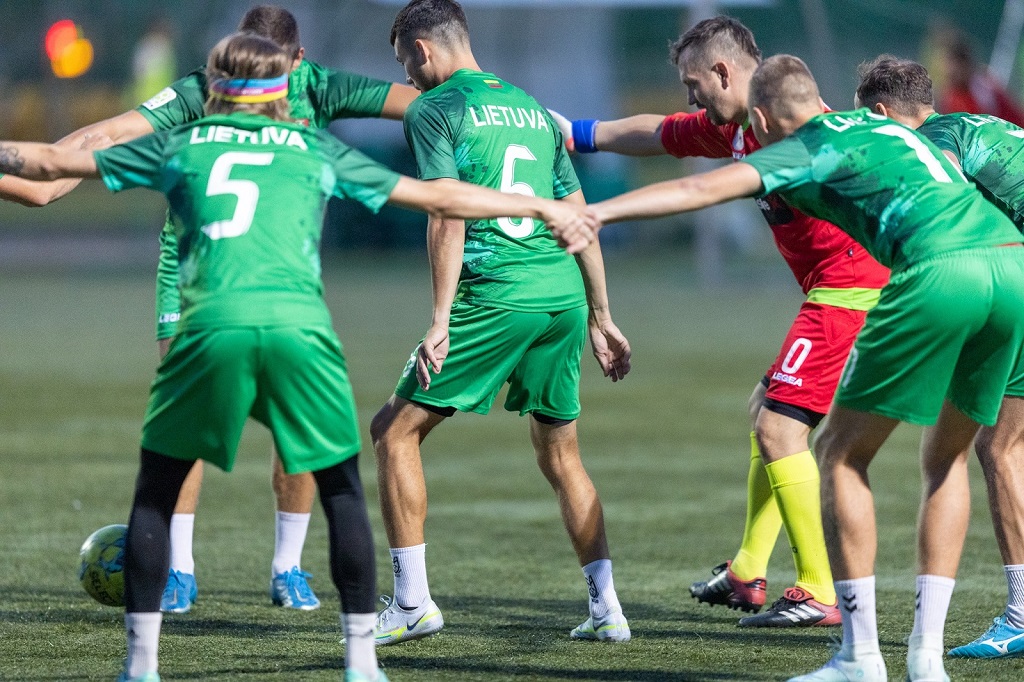 From September 10 to 18, the Lithuanian flag will be seen in Budapest, the capital of Hungary, as they look to represent the country in the 6 a side world cup

Lithuania, playing in the World Cup for the second time, entered Group C, where they will compete with the national teams of Poland, Slovenia, Morocco, and Costa Rica. The two strongest national teams in the group will advance to the round of 16 of the championship.

In 2019, the Lithuanian team reached the round of 16 of the World Cup in Crete, and will at least aim for the same this year, but the composition that will do so will be significantly changed and rejuvenated from the one that represented Lithuania in 2019.

The national team coached by Mindaugas Grigalevičius (40 years old) and his assistant Giedrias Brazaitis (41 years old) will consist of 11 footballers with an average age of 26.6 years.

The oldest and most experienced in this team will be goalkeeper Mantas Šumskis (40 years old). Mantas is also the only player in the national team who represented Lithuania at the 2019 World Cup and even kept a clean sheet in the first two matches there. In 2018, Mantas won the Baltic Cup with the Lithuanian team and did not concede a goal in that tournament either.

It is worth mentioning that Levonauskas has already represented Lithuania, but he did it on the sand, defending the honour of the Lithuanian beach soccer team. Arnas was not only the top scorer of last year’s MFL league A division, but also was chosen as the league’s best player.

Two more national team members not only shine on the small football fields themselves but also teach children to play football. One of them is Marius Linkevičius (30), the coach of Talentų Futbolo Akademija and a member of the Vilnius Eagle Team team and last year’s MFL league champion, who will play in the defensive line.

Another member is the midfielder Augustas Trinkūnas (24 years old), who stands out for his speed and dribbling, who was chosen as the best player in the B division of the MFL league last season and helped FK Alytis to win the division and compete competitively in the A division of the MFL league this year. Trinkūnas also works as a children’s coach at Vilnius Football Academy.

The remaining two new members of the national team are young players who have accumulated a lot of experience in full-size football, but who tried 6 a side this year and immediately got used to this sport.

The first of them is defender Deividas Gineitis (24 years old), who is a trainee of Mažeikiai Atmosfera  and helped this team in the Lithuanian First League last year. The older brother of Torino academy player Gvidas Gineitis has put on the jersey of the MFL team FK El Dorado this year and is currently helping it lead the MFL league.

The second is midfielder Matas Radžiukynas (23 years old), who played 20 games in the Lithuanian A Lyga (top division) and even more in the second division. Matas, who represented the Lithuanian U-17 and U-19 national teams, tried small side football in the MFL league this year and scored 21 goals in 15 matches for FC Žalia Raudona this season. 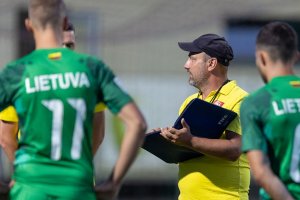 Here are all 11 members of the national team, who have been training together intensively for some time and are preparing relentlessly for the upcoming Socca World Cup in Budapest.