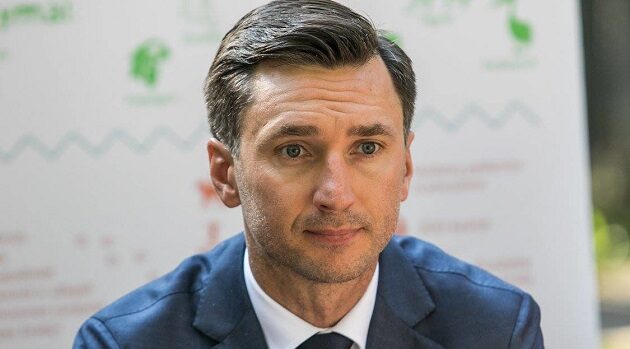 After playing 82 matches in the Lithuanian national team Šemberas finished his professional career in 2015 in the Vilnius Žalgiris team, where he later worked as the director of sports operations for almost two years and before that period he was also the president of the Lithuanian top-flight league.

Now, in a deal agreed earlier this month, Mr Šemberas has agreed to dive into small sided football and has become an ambassador for this sport in Lithuania, as Kęstutis Bagonas, the executive director of the Lithuanian Association explained.

“Following world practice, when former football stars become ambassadors of this sport, we invited Mr Šemberas to join the Lithuanian small-sided community. Understanding his busy schedule, we agreed that Devidas would focus on social activities in his first year as well as participating in discussions about the prospects for the sport with city and district council leaders,” he said. “The new project Deividas and Friends will delight the teams of the Lithuanian 7×7 Championship or Leisure Leagues in which former Lithuanian football stars will compete on the field.”

Kęstutis added that his wide range of skills made Šemberas perfect for the role, commenting: “Devidas has a degree in marketing from UEFA, so step by step we will try to apply the acquired knowledge in this type of football in national and international events, such as the Socca World Cup or the Champions League events. I am happy to be able to develop the started ideas with one of the best Lithuanian football players and I hope that Deividas will feel good in our sport’s family”.