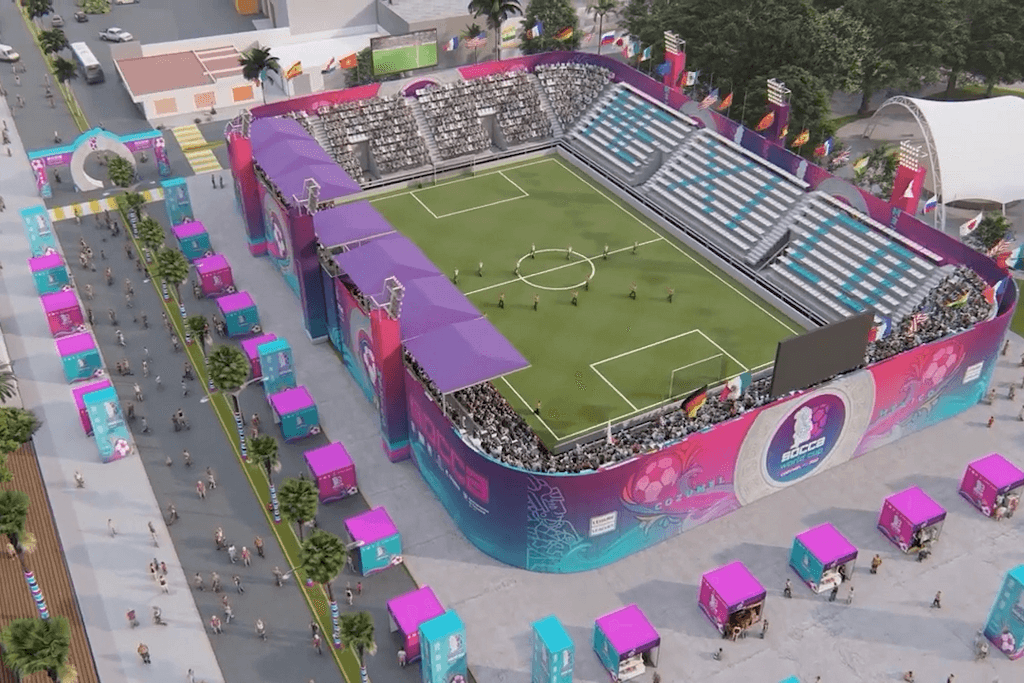 With the ever changing global situation meaning such a lack of certainty, the ISF can today give clarity to all members regarding the planned 6 a side world cup in Mexico.

The blue-riband event was scheduled for the Caribbean island of Cozumel in April but with the Omicron variant sweeping the world, plans have had to alter.

The world will now meet together for an extravaganza of 6 a side football like no other in June, with the tournament taking place between 10th-19th.

The location has also altered – slightly – with a shift from the island of Cozumel, to the internationally renowned holiday resort of Cancun.

This move is designed to make it easier for countries to attend, as most would have been flying into Cancun anyway before travelling on for two hours to reach the original destination. Similarly, the move to June has not only been made with ease in mind, but also to cut costs for countries at this time.

As ever the team in Mexico, as well as Leisure Leagues’ Tom Nash and the ISF’s Thanos Papadopoulos will be working tirelessly to provide the world class events you have come to expect from the Leisure Leagues powered ISF, and details of new hotels and packages will be communicated to everyone imminently.

It has now been over two years since the world met for the greatest 6 a side event ever held – as we turned Crete into a footballing fiesta like never seen before – and we deeply regret a further delay as the pandemic remains an issue, but with June less than six months away, we look forward to seeing everyone again.