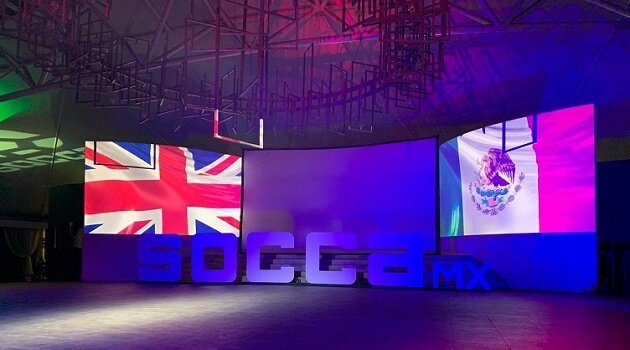 Guadalajara provided the venue for the ceremony, which was attended by the nations media and more than 250 diplomats and government officials, who are all lending their support to the ambitious project.

With the World Cup in Crete on everyone’s mind it was announced that former Chilean International Footballer Rodrigo “El Pony” Ruiz will be overseeing the Mexican national team’s voyage into Crete. A veteran of well over 650 club games in a career that spanned more than two decades and saw him play seven times for his country, he was most recently the manager of Tecos Fútbol Club in Mexico.

The FMS President Sergio Ibarra unveiled big plans in a rousing speech to the assembled dignitaries as he explained his vision for socca in the country.

As well as the dignitaries, ISF Honorary President, Tim Ollerenshaw and  Tournaments Director Tom Nash were present to represent the top table of 6 a side football, with Tom saying: “It is wonderful to see the Federation get off the ground. I have been working with them since the start, and we are thrilled to see this event happen.”

Mr Nash further elaborated: “It is a wonderful testimony to the power of socca that we have seen it grow so much in the America’s in the last 12 months, with many countries now joining us. Mexico will be a wonderful addition”

Mexico were drawn alongside host nation Greece as the World Cup gets underway in October.