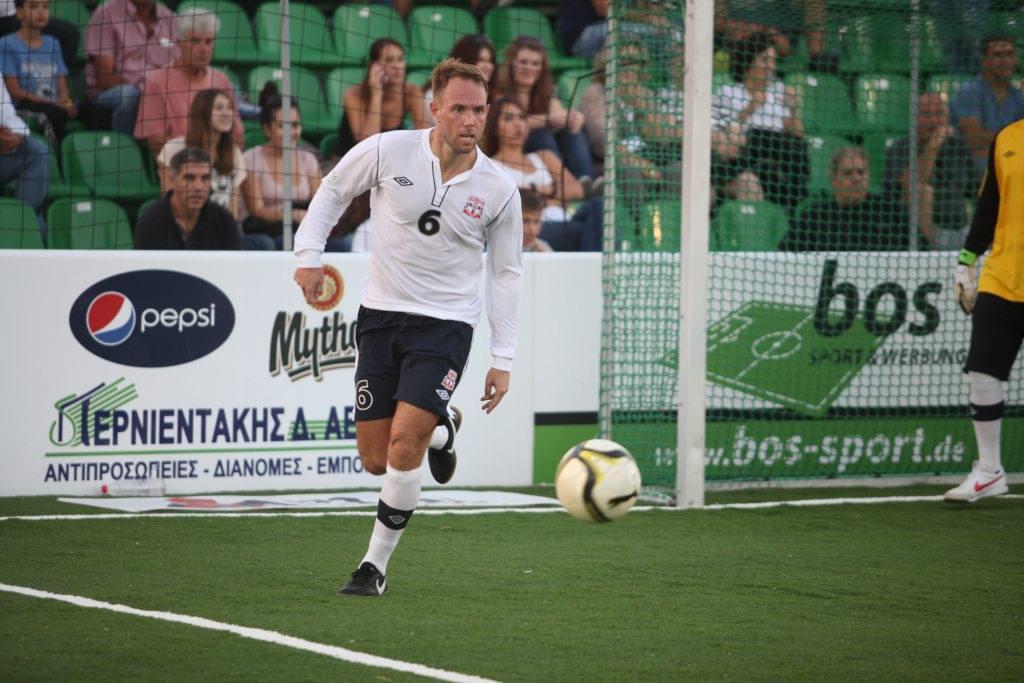 Following a management shakeup, Scott Cousins has been appointed as the new England Team Manager for the forthcoming Socca6 World Cup in Lisbon this September. Scott takes over from Paul Darke, who has left the role following discussions with Executives from Socca’s UK office.

A representative said, “our organisation has been undergoing a number of changes, including a rebrand and restructure.  In conjunction with other ongoing changes, we spoke with Paul and together we decided it was best that he no longer led the England team, and of course we wish Paul all the best for the future, and thank him for all the hard work he put in since his appointment in 2014.”

Scott Cousins brings to the team an exceptional amount of experience in 6-a-side football and has been a stalwart in every international 6-a-side competition that England have played in for the last 6 years and no one can match his experience in this format of the game.

The spokesperson said, “quite simply, Scott has enormous respect from all the players, and he knows what he is talking about. He showed in 2016, when England were the first team to beat Romania in 6-a-side competition, what he was capable of tactically, and now we think he should be given the opportunity to take full control of everything relating to the England set up. Certainly there is nobody that can match his pedigree in small-sided football in the UK.”

Ex-Arsenal player Paolo Vernazza, who has assisted Paul in the management of the England team, will retain his involvement and association with the squad, but will take a backseat to allow Scott to implement changes and take control as he requires. Paolo also continues as part of the England squad and hopes to be one of the players selected by Scott to play in the World Cup.

With 32 teams already confirmed for the World Cup in Lisbon, England will have their work cut out in the competition but Scott is looking forward to it.

“This is going to be the best 6-a-side football competition with either I or any of the players have had the opportunity to take part in, and I can’t wait to get to Lisbon and show what our England team can do,” said Scott.