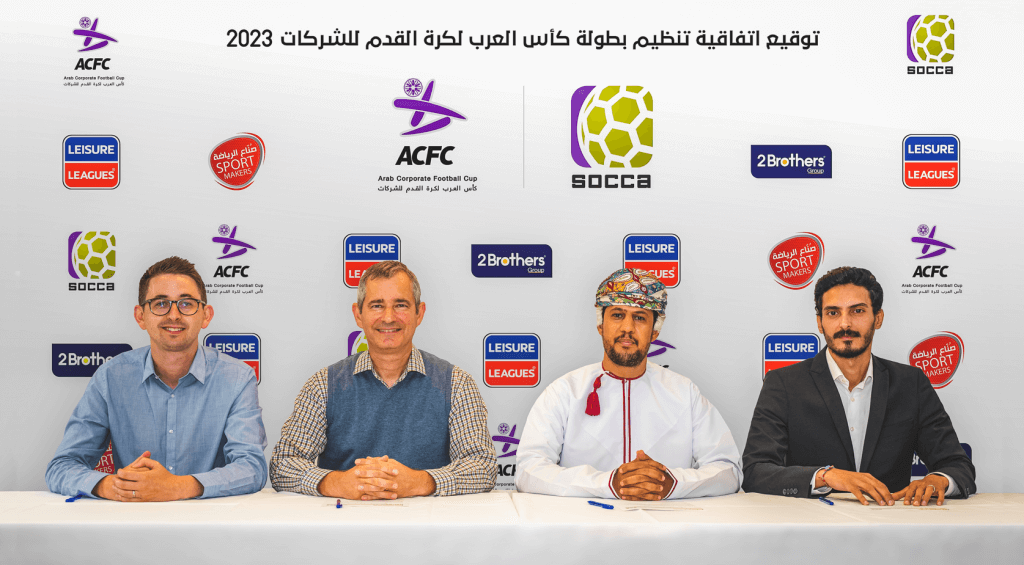 An agreement was reached in Budapest, the capital of Hungary, to organize the first Arab corporate football cup in 2023 between the International Socca Federation & two of its members, 2 Brothers Group from the Kingdom of Morocco and Sport Makers from the Sultanate of Oman.

The signing of the agreement coincided with the organization of the third edition of the Socca World Cup 2022 in the Hungarian capital.

The agreement was signed from International Socca Federation by the founder & President David Leone while the other side was signed by Imad Mahassine, CEO of 2 Brothers Group and Waleed Al Obaidani, founder and CEO of Sports Makers, with attendance of Tom Nash, Tournament Director for the ISF.

The agreement aims to organize the first Arab Football Corporate Cup for employees in Morocco, in early 2023. The International Socca Federation assigned the task of supervising and organizing the competition to 2 Brothers Group from the Kingdom of Morocco and Sport Makers from the Sultanate of Oman, for their prominent role in the development of sports competitions for the employees of companies in both countries and their outstanding contribution to the success of the World Cups organized by the International Socca Federation since 2018.

2 Brothers Group is the leading company in creating and organizing corporate events in the Kingdom of Morocco. Over the course of more than 10 years since its establishment, the group has succeeded in making a leap in the quality and volume of major corporate sporting events in Morocco, by involving more than 18,000 participants, representing more than 430 companies – national and multinational – in various sports competitions. 2 Brothers Group is now recognized as the leading company in the management and execution of corporate sporting events in Morocco and Africa, and one of the most prominent players in this field in the Arab world.

The International Socca Federation aims to sign the agreement with 2 Brothers Group and Sport Makers to create sports competitions with a high level of organization for employees of companies operating in the Arab world, provided that the experience will be evaluated and developed for international competitions in the near future.