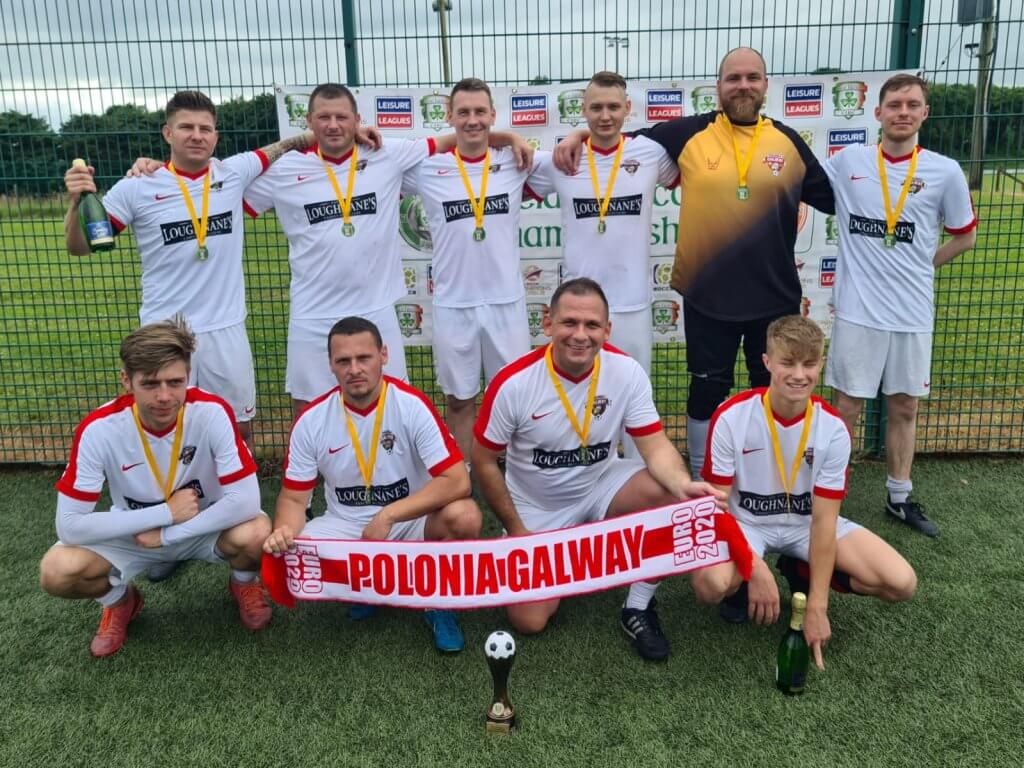 The second qualifying tournament of Ireland Socca Championship 2021 was played for the first time in County Mayo – better known as the Irish Salmon Captal and there was nothing fishy going on.

It all took place in Ballina, at the wonderful facilities of the Ballina Rugby Club.

As ever, there 8 teams divided into two groups competed against each other, and the top two teams from each group qualified for the semi-finals.

In group A there were two local teams, including the Ballina Boys On Tour (who had been instrumental in helping organise the day) and Peachy Blinders. These were joined by visiting teams from Navan and Inter Socca from Galway. The guests from Galway took first place in the group thanks to goal difference., followed closely by players from Navan FC,

In group B, real fireworks were expected, as the teams, included the runners-up from 2020 Polonia Galway, and the second finalist of last year’s championship Hotshots Galway, looking for another chance to advance to the finals after the unsuccessful tournament in Cork.

Bidding to cause an upset were players from local teams, Banana Kings and Involve Ballina, but it went with form. The group was won quite sensationally by the Hotshots team, one point ahead of Polonia Galway.

The semi-final pairs were Polonia Galway vs Inter Socca Galway and Hotshots vs Navan FC.

In the first of the semi-finals The experience and many years of teamwork of  the Polonia players in the first half gave them a 2-0 lead – which they doubled in the second half, with only one goal in consolation.

In the second semi-final, a very exciting match was played by Hotshots and Navan, who both scored a goal in each half. The sharing of four goals meant that a place in the final was to be decided by penalty kicks and here Hotshots turned out to be better, who performed their penalty kicks flawlessly and with the result 3:2 secured the promotion to the finals.

Navan FC against Inter Socca Galway played in the match for a symbolic third place and they couldn’t be separated until one minute before the end of the game, when the Navan players launched a killer counter attack and secured the bronze medals in Ballina qualifications.

It was finally time for the final and the rematch from the group match where the Hotshots players had prevailed 2-0. This time it was about the final, and although both teams had qualified, for the championship finals in Cork, there was the glory of the day at stake. From the beginning of the match it was clear which of the teams is more experienced and was likely to win the gold medals. Polonia Galway eventually prevailed 4:0 and again claimed the title of best team in Mayo for another year.

Both finalists will be back on September 19 in Cork.  The next regional  tournament will be in Waterford. 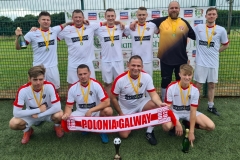 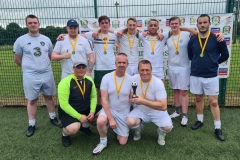 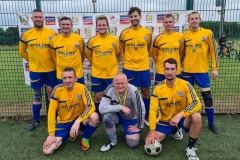