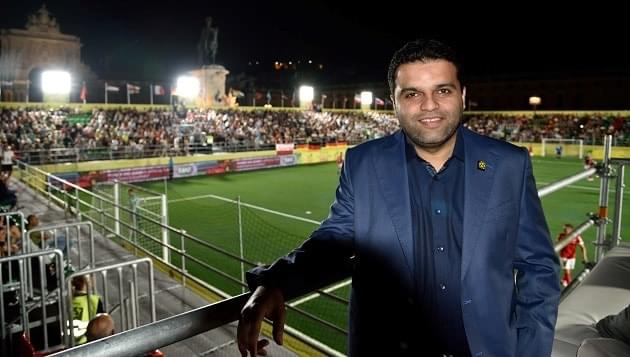 The International Socca Federation (ISF) is thrilled to announce more details of the second six a side football world cup.

Following the unbridled success of the historic first event – which took place in Lisbon in the Trunkwala Stadium, ISF Executive, Tom Nash revealed that the 2019 event has attracted nearly double the amount of countries clamouring to take part.

“80 countries from every corner of the globe have been lined up to play in the matches, which will take place in a stunning beachside location in the city of Rythmeno in Crete,” enthused Mr. Nash, “and we wish everyone well.”

Mr Nash – Stadium and Regulations Executive at the ISF – admitted the association was looking to build on the success of last year and added: “It was, by any measure, a very successful tournament, and everyone deserves congratulations – but especially Germany for winning the trophy.”

The whole ISF project has been underpinned by the involvement of the Trunkwala family, from Pakistan and Mr. Nash lavished praise on them, and also Lord Syed Shazad Ali , for having the vision to establish a forum which now represents 2.1 billion fans and players all around the world.

“Without them, this would not have happened,” he stated. “The whole of the small sided football world is grateful to the family and Lord Ali.”

The membership of the federation has increased to 87 countries – an upsurge of more than 50% on last year – and that must be seen as a testament to what the ISF is building and the growing reputation around the world.

However in Pakistan in particular, the sport of 6 a side football has grown exponentially, with matches taking place in 60 cities and with more than 10,000 players now taking part each week. The ISF Executive paid tribute to all at Leisure Leagues Pakistan who have made this happen, and said: “They have done a wonderful job in making 6 a side football one of the fastest growing sports in the country, and we look forward to being able to stage the World Cup in the Gulf in the very near future.”

Those thoughts were echoed by the ISF President also congratulated PM Imran Khan and Chief of Army Staff, Pakistan and all Pakistanis for successful conclusion of Pakistan Super League before admitting he hoped to have an ISF World Cup in Pakistan itself very soon.