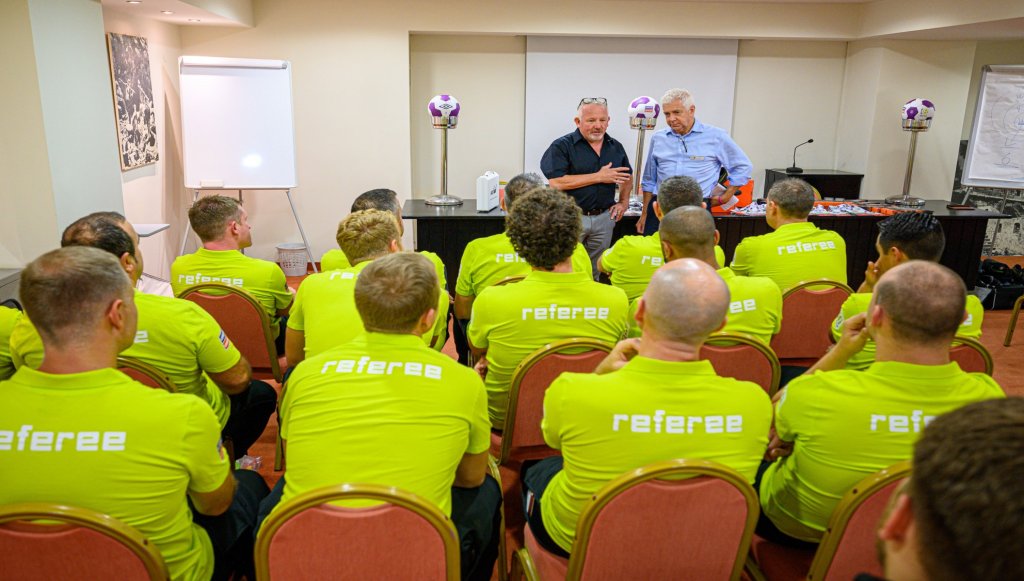 Crete saw the introduction of Sin Bins for occupants of the Technical Zone, including coaches and staff. The reason we introduced this rule was the unacceptable behaviour of coaches in the past. Poor behaviour “from the bench” easily transfers to the field of play and we cannot accept that. Coaches and staff are there to set an example, not make an example of themselves. We are pleased to say that this was a success and the behaviour, although not always a 100% acceptable, was improved and there was a significant drop in the instances of poor behaviour. We believe everyone wants to experience Socca in a passionate, competitive but well behaved environment, this rule amendment is part of our strategy to delivery that positive environment.

We decided to make every restart of play a direct free kick, including incidents inside the penalty area. This was introduced to encourage a faster game and more direct game and was received positively and certainly made Socca a more positive and direct sport.

The rule regarding the accumulation of yellow cards during the tournament was ended. The reason for this is that you can be punished four times. The first 5 minutes for a first yellow card, the rest of the game for a second yellow and a further match ban for the second yellow card, if you have five yellow cards then the player will receive a further ban. The Executive decided this was unfair and, in our desire, to make Socca a fairer and exciting game it was agreed to expunge this rule. It needs to be made clear that the ISF Executive still have the discretion and powers to suspend players for persistent misconduct.

The Executive organised a meeting with the referee group and representatives of each team the day before we commenced our World Cup. Not all teams attended mainly due to the logistics of their arrival. These meeting will happen at every World Cup we hold and was very well received. The main reason for this is to make sure every team knew the new rules changes and had a chance to air any concerns. We will contact teams in the weeks prior to the commencement of our competition to ensure any concerns members have can be raised at these meeting if any team cannot attend for logistical reason. If a team has arrived at the destination of our competitions in time to attend these meeting then we will expect their attendance. Our members are crucial to the success of our tournaments and its vital we hear their concerns and the teams hear ours.

We don’t operate VAR in ISF competitions however, we will look at this as an option moving forward. We strongly believe that games should be won and lost on the “field of play” in real time and not after viewing footage after the conclusion of the game. The integrity of the competition is compromised if we revisit on field scenarios to change a decision.

The ISF group of referees wish to place on record their appreciation for the manner in which the teams behaved on and off the field of play. There were many occasions when referees met teams and players around the town and the atmosphere was always positive. Just like in any other sport there were some decisions that were contentious but honest decisions and the group want to thank everyone involved in Socca for their support and sportsmanship