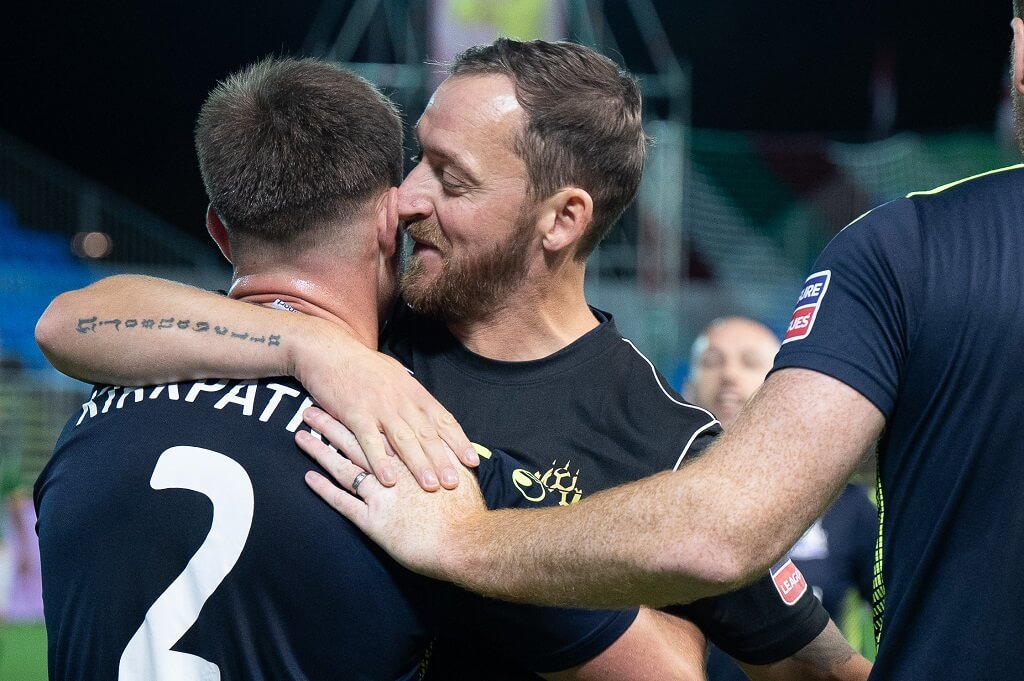 Although knocked out in the last 16 phase, Scotland again managed to get out of their group, finishing in a creditable second place, behind group winners Mexico.

Graham said, “The thing about Scotland is that we never make it easy for ourselves. We are slow starters it seems and in every game we seem to fall a goal or two behind, only to claw it back”.

Nowhere was this more evident than in Scotland’s final group game against Pakistan, when the Pakistanis took a rapid 2-0 lead in the first half.

Graham said, “Again we started slowly and there was a possibility that we wouldn’t have made it out of the group if we had lost that game, but all credit to the lads who showed their experience of being in multiple World Cups like this, as we eventually triumphed 4-2”.

“Let’s be honest, none of us are getting any younger. Joe Keith at the back actually retired after the World Cup in Crete in 2019 but has returned to shore up a defence, and players like Ian Anderson and Joe Andrew are stalwarts, with Joe being the player of the tournament in Montenegro in 2014, and Ian playing as a raw 17-year-old at Scotland’s first World Cup in Greece way back in 2013”.

“We have injected some young blood but we are going to have to think about how we approach the World Cup in Germany next year because some of the lads simply can’t go on forever, and we are lacking a little bit of pace over the first yard or two, which is so crucial in 6aside football”.

“Nevertheless, it was an amazing experience, and to have everything paid for, including our meals with a generous donation from Leisure Leagues to cover all our food, means we can just concentrate on playing football and doing our best to make Scotland proud”.