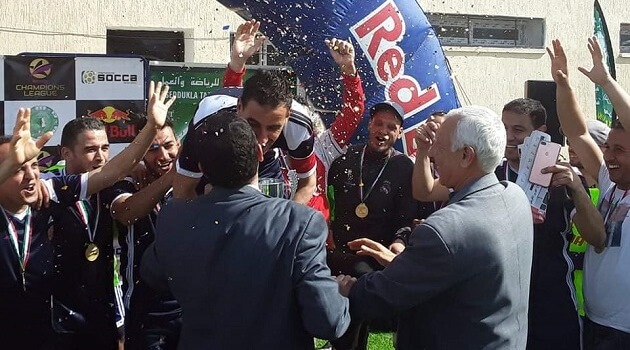 Magnificent news from Algeria as their first Socca Championships took place this past weekend.

A huge audience gathered to watch the brand new spectacle as the championships captured the imagination.

It is now set to grow with plans announced for the tournament to tour in the rest of the year, as Souhib Mimoune from the federation explained: “This season Socca Algeria will roam all the states of the country.”

There were participants from many different regions of the football mad nation, and while the actual results were less important in this first ever one, it was Souk Ahras who emerged as victorious.

The town, is located right in the North of the land, and has a population of just over 150,000 people. With the second half of its name coming from the Arabic word for Lion, it was always likely that they would roar!

The Championships is the first in a massive year for 6 a side football in the Republic, with the Algerian national team competing in its first World Cup in 2020.

Socca’s greatest showpiece event took place in Crete last year, and was won by Russia, who beat Poland 3-2 in the final.

The venue for 2020’s World Cup will be announced in due course.