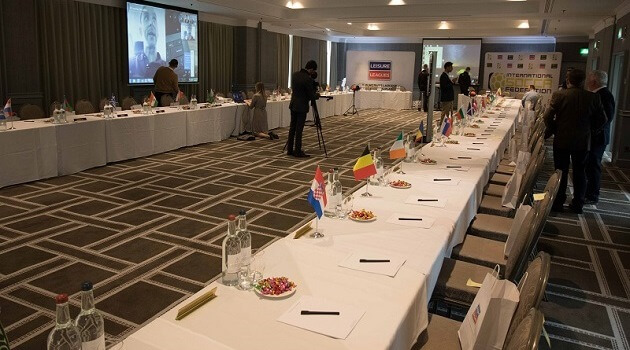 Following on from the announcements made on Tuesday 3rd March by the UK Government regarding the potential measures that will be implemented across the UK to control Coronavirus, the ISF Annual Meeting (scheduled to take place on 29th March 2020, in Birmingham) has been cancelled.

An ISF spokesman said: “This has been an extremely difficult decision to make but the facts are that we now know that this situation is not going to improve by the end of March, and is likely to get considerably worse. The announcement yesterday by the UK Government raises the possibility that our large scale international event on 29th March may have been subject to restrictions and, to be honest, it is better to cancel the event now rather than being forced to cancel the event a few days beforehand, which would cause significant chaos to many representatives attending from across the world.”

The spokesman continued: “The news that there are now a significant number of incoming and outgoing flights from the UK being cancelled was another factor which influenced the decision and, although some countries have already booked their flights for the Meeting, we know that it could be difficult for many other countries to find suitable flights to travel to the UK for the 29th March 2020.”

Over 40 countries had already indicated their attendance at the Meeting and the ISF will be providing help for countries who have already booked their flights by issuing a formal cancellation letter to help them to receive a reimbursement from their airline or insurance company.

ISF Director Jack Keeling commented: “We also had to take into consideration people’s health. Having so many people flying and travelling through airports and then congregating in one conference room could enhance the risk of spreading the disease at such a critical time and we do not think it would be fair, or sensible, to put people in a position of having to do so.”

No new date has been set for the Meeting and Thanos Papadopoulos, CEO of the ISF said: “We just don’t know how the coronavirus is going to play out over the next few months. It could die down, or it could get worse, so it doesn’t seem sensible to fix a new date in the diary. It may be that we host a number of one to one meetings with countries and then possibly have a major Conference later in the year but, again, this all depends on the health situation.”

ISF Director Hannah Wallis said: “We are liaising with our member countries to offer them support, and also holding discussions with the 2020 World Cup hosts to determine the best way to announce the details of this year’s tournament, which will still be proceeding as planned later this year.”

All member countries with questions about this issue should contact the UK Head Office on info@soccafederation.com or their local ISF representative.