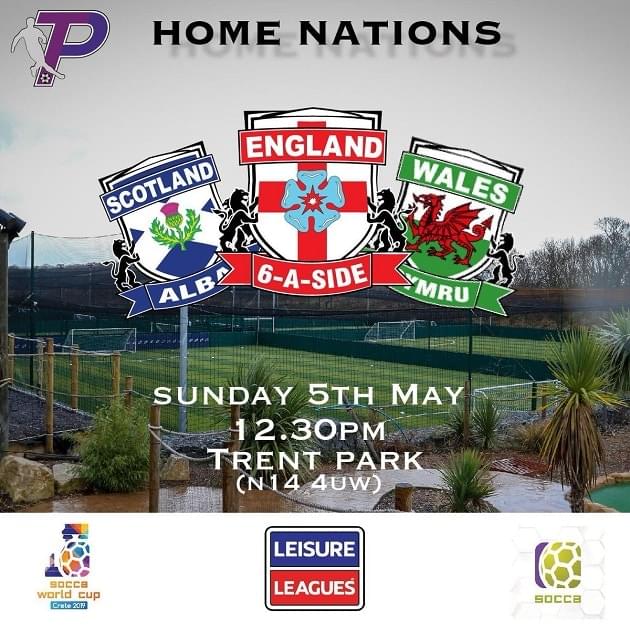 n the 5th May, a quiet football centre in North London will be the centre of the 6 a side football socca world in the UK as for the first time in four years, the Home Nations Tournament takes place.

Hosts England will be joined by Scotland and Wales to battle it out for the supremacy of the UK, as preparations for the World Cup are put on the back burner for a little while in favour of national pride.

England boss, Jamie Leggett, was however keen to talk about the importance of the tournament as a means of a building block as they look forward to Crete in the autumn.

“It will be great experience for the new look squad against two settled and established teams”, Jamie suggested. “Myself and Kevin [James, Assistant Manager] want to see that they have taken on board what we have been working on it training.

“We are already working hard ahead of the World Cup in Crete. The whole squad is looking forward to playing games and seeing how far we have come in this short time together.”

The last time the Tournament took place was in 2015, when it was the centrepiece of the UK 6 a side Championships. That time it was won by Wales, and their manager, Barry John, said his boys weren’t going to give up their trophy easily: “We worked hard to get this, and although it’s a vastly different team these days, no Wales team has ever gone into these type of games and surrendered.”