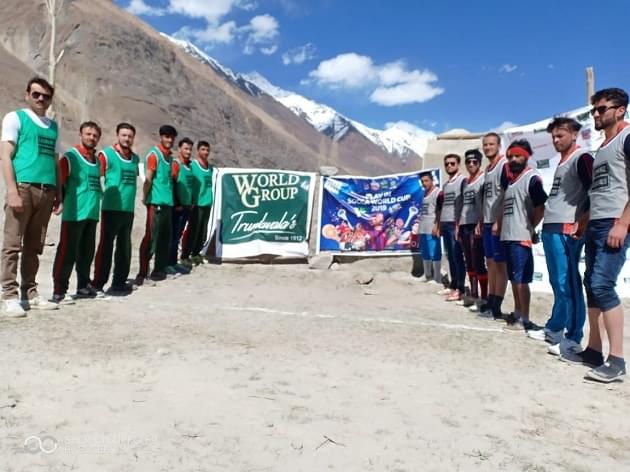 Socca is fast becoming the biggest sport in the world – and now it can almost literally touch the sky.

Another record went this week as the highest altitude 6 a side match took place. Chipurson in the beautiful, rugged Gilgit Baltistan region – the most northerly territory in Pakistan was the venue for the game, which took place at an incredible 10,826 feet above sea level.

“It is just one more step along the journey for Pakistan 6 a side football, which from its beginning with the “Ronaldinho and Friends” games – another world record as the biggest crowd ever assembled watched the matches, has now set down some real, lasting roots that will benefit  the whole of Pakistan.

ISF vice President, Shahzeb Mehmood Trunkwala is also involved in the Pakistan project, and the presence of his family has been vital. “From the minute The Trunkwala family and World Group explained their plans to us,” explained a spokesman, “This was never about just about a launch then nothing else. The vision was always to be that every city in Pakistan should be involved, every person in Pakistan should be treated equally and there should be a an opportunity for everyone to play in every community.”

There now almost 1000 teams in the ISF affiliated leagues in Pakistan, spread across 76 cities, which makes socca the fastest growing sport in Pakistan. International Socca’s Spokesman said: “The Trunkwala family have shown the path for everyone in the world to follow. We have seen so many countries join us recently, and they are doing so to buy into the vision of socca. As things like this show, it is truly the most inclusive sport in the world and the possibilities are endless.

“And this is a project that is nowhere near done.”