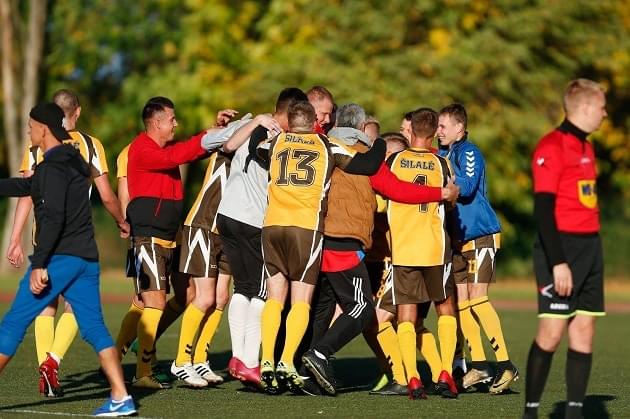 Two years ago Lithuanian Minifootball Association has started the Lithuanian 7×7 championship and on Saturday 25th of May the third tournament will take place.

The 2019 event will see 12 different teams from 10 different Lithuanian cities will fight for a trophy and a chance to represent Lithuania in Socca Champions League.

There are three teams from capital of Lithuania, Vilnius, and 9 other teams represents different cities.

To make things even more exciting, this year there are four teams made up of players that are well known in Lithuania and abroad.

For example, one is SC Akmenė, a team, that has a player like Rodnei a 33 year old defender that played in Bundesliga and worn the colours of Hertha, Kaiserslautern, RB Leipzig and 1860 Munich teams. The Stumbras team coach (A Lyga team) Joao Luis is also registered in this team, which is is trained by another Brazilian, Mandinho.

In previous two seasons the fate of the champion was decided in the last round of the championship so we expect the same this year too, because the quality of the teams are even higher now.

The newcomers may well create a shock and surprise everyone. There are also a few teams that can be counted amongst the  favourites. FK Arsenalas (champions of 2017), FK Šilalė – Prolain (champions of 2018), Eagle Team – Žibintas (runners-up in 2018) and FK El Dorado (who came second in 2017). That quartet

All 12 teams will play each other once during 5 tours which will be held in 5 different cities and most of the games will be broadcasted live on the Lithuanian Socca Facebook page and Delfi TV internet television.. The road to the trophy will begin this Saturday in a .

“We got four new teams this year. This is the reality of amateur football in Lithuania. However, those 4 new teams increased the level of the championship so we expect, close, entertaining matches and a fight that will last until the end“, – said Lithuanian Minifootball Association president Kęstutis Bagonas.

Keep an eye on the ISF for news of the tournament next week!