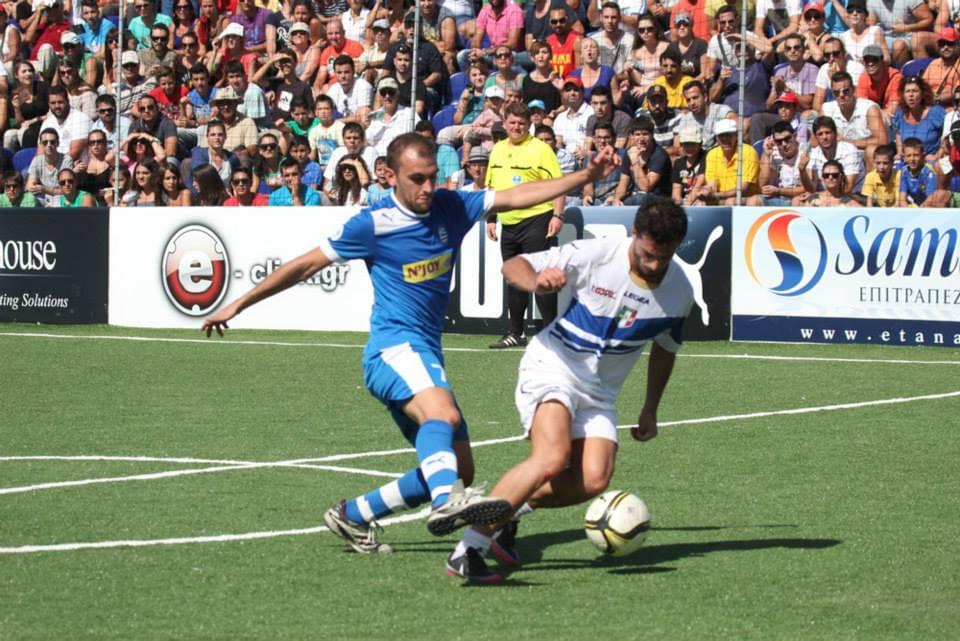 Coming up with a name that encompasses all variations of 5-a-side, 6-a-side, 7-a-side and 8-a-side football was a challenge. What were the problems?

Well, firstly even at 11-a-side level, the art of kicking a rubber pigs bladder around on a green pitch, whether grass or astroturf is either called football or soccer, depending where you are in the world. So in the US, football generally means American football, far removed from using feet to kick the ball. In Ireland, football means Gaelic football, a cross between football and rugby. In Australia football means Australian Rules Football, a game similar to the Irish version of Gaelic football.

And in the small-sided variant of the game there are even more versions which are used throughout the globe. In the USA, the phrase ‘6v6’ is common, or simply ‘little soccer’, in the UK the term used for years was always ‘5-a-side’, ‘6-a-side’ or ‘small-sided football’,  and ‘small-sided soccer’ is used in other parts of the world. In Eastern Europe the word ‘minifootball’ is used, and so the list goes on…

Translating any one of these terms to other countries across the world is impossible. In the USA for example 6v6 is used a lot, but this doesn’t mean much in Europe, people left wondering what sport it refers to. In other countries, using the terms little football or small football refers to something that is small, not necessarily the fact that there are less players which is the point of using those terms. Eastern European countries have tried to develop the word ‘minifootball’ over the last few years but with little success. In Westernised countries to term ‘minifootball’ simply refers to a children’s game.

But there is one further problem- everybody’s agreed that the variations of socca are so different to standard 11-a-side football that it should be classed as a separate sport, but in order to do this, the experience gained by a number of countries who have applied for recognition with their own Governments has been handicapped by the use of the word ‘football’ or ‘soccer’ in their name.

This is where the word ‘socca’ comes from.  If it is a different sport to 11-a-side, then it needs a different word. But the word wasn’t just plucked out of thin air. It has taken years of painstaking research and thought to come up with this simple 5 lettered phrase which sums everything up.

So far, the words tried in the past (6v6, small-sided, minifootball, astrofootball) simply haven’t worked. Each was tried because the word originated from a particular country. But it was never going to work. So we started again, went back to the drawing board, and came up with something fresh and innovative.

And already people are starting to use the word, and it’s becoming accepted, in the short time of its existence. Sponsors are happier, Governments are more receptive and, ultimately, global recognition will be easier to come by.

And this will benefit all the members of Socca.