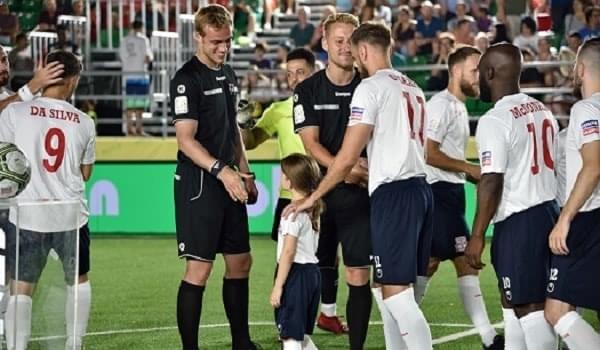 At the ISF, we are proud that we have the best referees in the world, and we are delighted to confirm that they will be kitted out in clothing that befits that status.

Last year all the World Cup match officials received their playing kit and off field clothing free of charge, we are very pleased to announce they will again receive those items.

Referees And Sponsorship Executive, Martin Cassidy, admitted that it was vital to the organisation to make the referees understand how valued they are: “This free kit deal and the others we have announced this week are all coming from the same place. That is to say that the ISF will support match officials in the best way possible. Equally the level of interest from sponsors in our event so early on proves we have created not only a world class event but we are a world class organisation that strives to improve and create the world’s best platform to play the small sided game of Socca.”

The talent in the referee’s ranks is well recognised. The ISF Head Referee, Mark Clattenburg  – a veteran of the FA Cup Final, Champions League and Euro 2016 finals – took charge of the final in Lisbon 2018, and Martin said that the star whistle blower had been quick to praise the standard of officiating: “Mark was particularly impressed with the talent and potential of the group of referees on display,” said Martin. “And the future is bright for ISF referees.”

The Refs Exec, though, was quick to stress that ISF were not about to rest on their laurels and were still looking to improve all aspects of the organisation: “We are fully aware of the expectations of our member countries and we will strive to ensure we have the world’s best small sided match officials attending our tournaments,” he said.