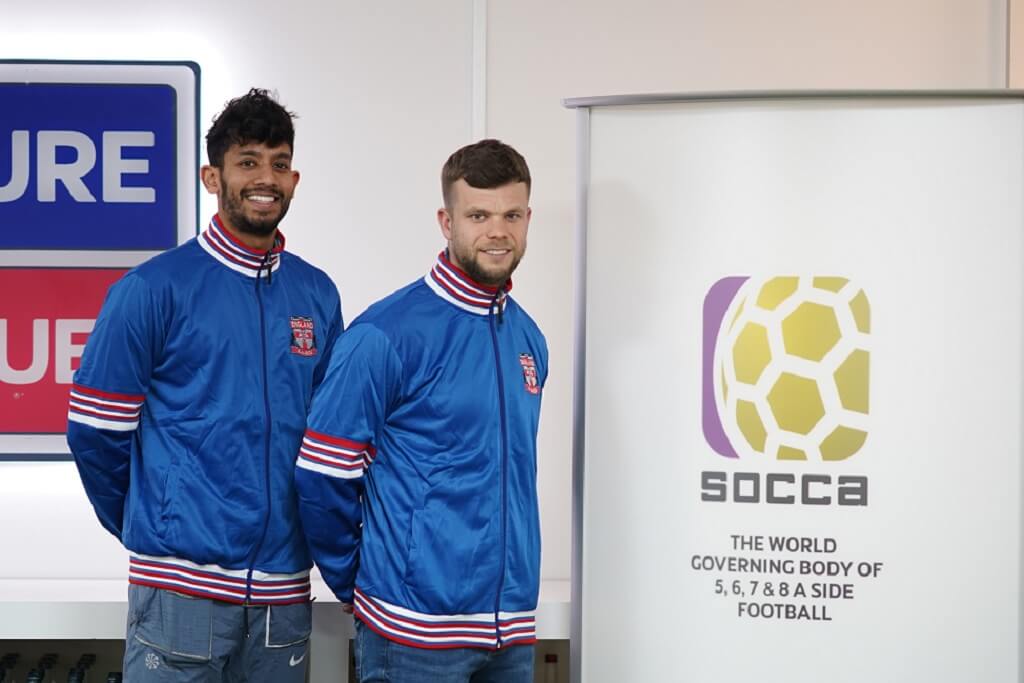 The UK’s leading small sided leagues operator, Leisure Leagues, who own the license to operate the official England 6aside team, have announced a new management team who will be taking over the England 6aside team with immediate effect.

Arjun Jung and Henry Muggeridge, who played for England in the last 6aside World Cup in Crete 2019, will be the new Managers heading the England 6aside project as the squad prepares for the World Cup in Mexico this coming June.

Henry said: “We both played in the World Cup in Crete in 2019 and the atmosphere was incredible in a stadium built by Leisure Leagues for the ISF, which is the Governing Body for small sided football in the world. To have 4000 people packed into an enclosed 6aside stadium, and then another 10,000 people who couldn’t get in outside during a quarter-final match against Greece was the most unbelievable atmosphere and experience I’ve had in football. I am honoured to have been asked to take a new look England team forward to the World Cup in Mexico and beyond”.

Arjun said: “To play for England at the World Cup was spine tingling, and to play in front of thousands of people, along with millions watching around the world on television, whilst the national anthem is being played is just an unbelievable experience. Henry and myself are determined to make sure that our new look England team is professional and sets new standards both in the feel of the squad and how we play going into future tournaments, and we both can’t wait to get started”.

The duo hope to announce a national trial day over the coming months and will also be scouting at the Leisure Leagues sponsored UK National Championships, details of which are shortly to be announced.

Arjun added: “We want all the 250,000 Leisure Leagues players to know that, if they are good enough, they can get a chance to play in destinations around the globe for the England 6aside team, and we are hoping to receive recommendations and applications from players as soon as the process is opened”.

Leisure Leagues spokesman Tom Nash said: “We identified Henry and Arjun as two people who could take the team forward to the next level after reaching the quarter-final in Greece, but it is also important to put on record our thanks to the previous management team of Jamie Leggett and Kevin James, and we very much hope that they will still be involved in some way moving forward.”