Germany made up for their opening game disappointment, to underline their credentials on Day 3 of the world cup in Budapest.

The 2018 winners suffered a shock defeat to Lithuania in Sunday’s games but made up for that in stunning fashion, seeing off Algeria 19-1 as J. Mediavilla was one of three hat-trick heroes.

Kazakhstan underlined their credentials as potential dark horses in, seeing off plucky India 22-1.

Portugal crushed Tunisia 8-1, Silva taking the eye with his hat-trick.

There were some much tighter games elsewhere, with a superb match between Greece and Croatia ending 3-2 in Greece’s favour, while Latvia squeezed past Oman by the same score.

Costa Rica flew the flag with pride for Central America as they beat Morocco 4-1 as Alvarez scored a hat-trick, while the day’s other hat-trick hero was midfielder Jordan Kirkpatrick, as Scotland won the big Celtic battle with Ireland by a 3-1 margin.

The biggest crowd of the day gathered in the Leisure Leagues Stadium to see the hosts Hungary clash with Bulgaria at 8pm, but it was the away side that prevailed, Videv bagging a brace in their 3-1 win.

The groups are starting to take shape now, as we had towards the business end in the latter part of the week, and day five promises some wonderful action – the name Brazil always conjures up images with football fans and their clash with Georgia looms large at 7pm.

Germany play Oman, Greece take on Iran and Leisure Leagues players from Pakistan will line up for their country against Mauritius. 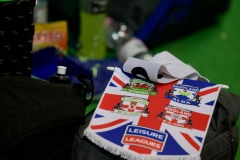 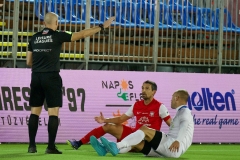 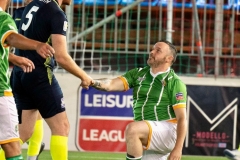 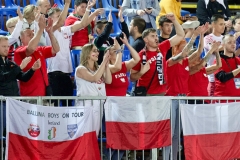 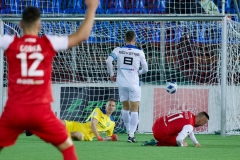